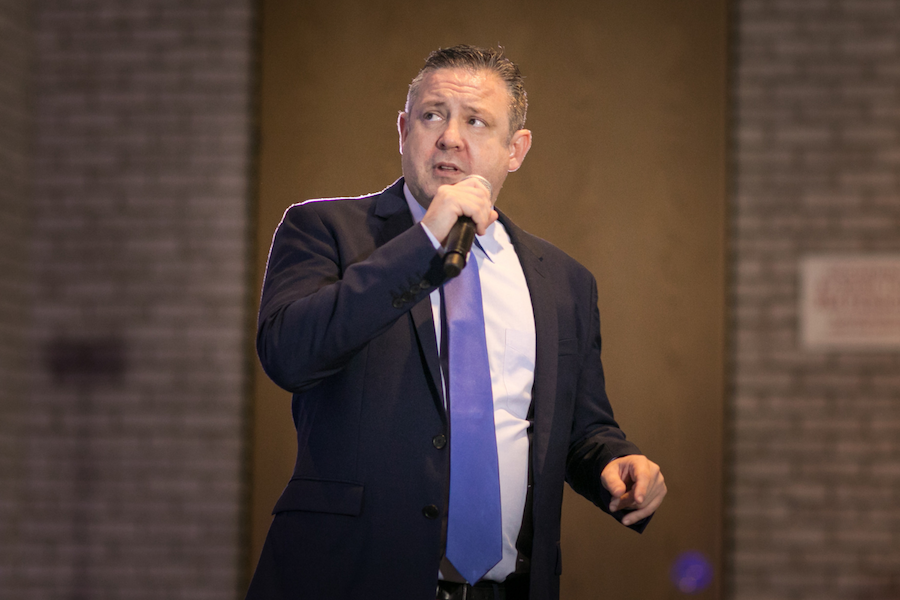 TransPerfect is now generating every quarter what only a handful of other language service providers manage to bill in a full-year. CEO Phil Shawe told Slator that the New York-based language services and technology provider closed 2018 with a record-setting USD 705m in sales, with Q4 2018 contributing nearly USD 200m.

At 14.7% top line growth in 2018 (almost all of it organic), the company actually accelerated compared to the previous year, when revenues had increased 12.5% to USD 615m. By organically adding USD 90m in just one year, TransPerfect is now capturing a meaningful share of overall market growth. The company’s accelerating momentum might cause some soul-searching in the boardrooms of industry rivals, many of whom either grow from a much lower base or have to buy growth via M&A.

Shawe did not comment on profitability other than stating that EBITDA rose 23% in 2018. This would put the company’s earnings at an estimated USD 80–100m in 2018 based on comparables previously disclosed. TransPerfect also continues to staff up and now counts around 5,000 full-time employees.

Remarkably, the company’s protracted ownership battle, which came to an end in May 2018, barely registered in its growth trajectory as clients stayed loyal. Shawe remembers reassuring staff during that period that “if there’s a fight in the Disney boardroom about who’s going to control Disney, people don’t stop taking their kids to ride Space Mountain.”

Growth was broad-based and shows how TransPerfect’s early bets on regulated industries continue to pay off. The company posted strong growth across the e-discovery (26%), clinical trials (45%), forensic technology (94%), and managed document and legal staffing (29%) business lines.

Technology revenue from TransPerfect’s GlobalLink suite of translation management and website proxy localization products were up 21% in 2018.

While TransPerfect generates a little less than two thirds of its revenues in North America, other regions are playing catch-up. The company said sales in the Nordic region grew 46%, while Latin America and Asia-Pacific were up 58% and 32% respectively.

Asked about areas of future growth, Shawe said that, in addition to a number of other areas, they are putting quite a “bit of investment in the media localization space,” where they are about to launch a new subtitling product. Of course, media localization has been one of the fastest growing localization verticals of the past couple of years.

Growth is driven by what is arguably the language industry’s largest and most aggressive salesforce. In a 2017 interview with Slator, Shawe explained how all of the company’s salespeople are on commission-based compensation packages with a relatively low base but significant upside. As of early 2019, the company employs over 400 salespeople who carry quotas, Shawe told Slator.

As for their sales process, there is little magic to it but a lot of leg work — “everything from old-fashioned mailers and cold-calling, to email to warm calls, and proactively asking for referrals within the organizations we serve, to being on the street and hitting the floor at trade shows,” Shawe said.

“You have to put a lot of activity into the top of the funnel to get to the stage where we have an RFP with 10 deals so you can win two of them,” he added.

“We would be happy to take on a larger acquisition”

“We would be happy to take on a larger acquisition,” Shawe said, adding that “it wouldn’t necessarily be just for top-line growth.” He said that, as a private company, TransPerfect was not beholden “to generate a certain amount of growth in a certain amount of time” to please investors.

The CEO would not comment on which specific areas they were looking at in M&A. That said, an unshackled TransPerfect is going to be on the distribution list of any sell-side advisor sending out pitch books in 2019.

Far from the Precipice

Shawe’s take on neural machine translation is straightforward: It is simply another translation productivity tool that is now being integrated into the supply chain. While in the past it might not have been financially viable to localize into certain languages, it now is. Declining unit rates, in short, lead to buyers ordering more, a view shared by Nestle’s Translation Manager, among others.

“I don’t think the point where the work that the vast majority of our 5,000 people, who are project managers, do is at the precipice of technological obsolescence”

What about Google, Amazon, and other big tech companies rapidly moving into customized machine translation? Shawe pointed out that delivering low or no-cost machine translation to people using cloud-based computer technology is quite a bit different from the services provided by the project-management-centered language industry. “I don’t think the point where the work that the vast majority of our 5,000 people, who are project managers, do is at the precipice of technological obsolescence,” he said.

Commenting on the mood in the company after it emerged from years of acrimonious litigation, Shawe said, “We just really felt like we had a collective weight lifted off our shoulders back in May 2018. [We now have] a unified management team — and dispensing with the ownership-related litigation is now fully behind us and in the rearview mirror. [Employees] do not have to live with the fear that a competitor or a foreign government is going to buy us for our technology and put them out of jobs.”