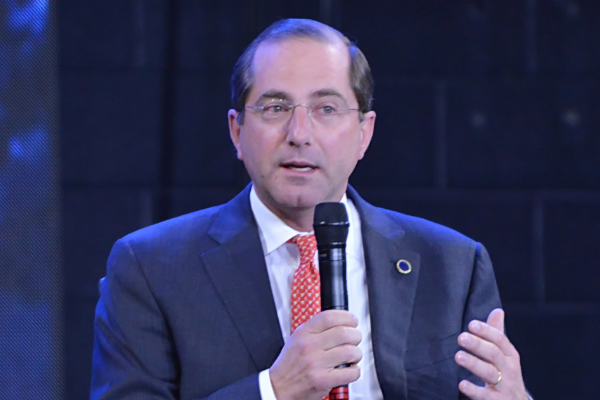 After decades of US federal regulations favoring the language industry — one notable example being the Affordable Care Act (Obamacare) — there are now signs of deregulation that, potentially, could have a negative impact on the demand for language services. Cases in point: the US judiciary and the federal healthcare system.

According to a July 3, 2019 article in the San Francisco Chronicle, the US Justice Department had informed judges in immigration court about a new system that could kick in mid-July 2019: Instead of in-person interpreters, immigrants facing deportation in the US will get a video explaining their rights in multiple languages.

“After that, if immigrants have questions, want to say something to the judge or if the judge wants to confirm they understand, no interpreter would be provided,” the same report said.

The Chronicle said one judge described the new system as “a disaster in the making,” adding, “What if you have an individual that speaks an indigenous language and has no education and is completely illiterate? You think showing them a video is going to completely inform them of their rights? How are they supposed to ask questions of the judge?”

The newspaper also quoted a Justice Department official as saying that it is all “part of an effort to be good stewards of (the department’s) limited resources” and that the new system did not represent a policy change.

“The Justice Department billed the move as a cost-saving measure. Sources familiar with the interpreter situation say there have been ongoing issues with the budget and the contract with the primary interpreter provider, leading the administration to encourage more use of the telephone service and look for other ways to keep costs down,” the Chronicle wrote.

In a follow-on tweet, Olsen urged US-based interpreters to “write your senators and representative now! This plan needs to be scrapped”; which led the JNCL (@JNCLInfo) to promise, “We will be organizing next week on this.” JNCL is, of course, the Joint National Committee for Languages, a US lobby group.

A 204-page document, released on May 24, 2019 by the US Department of Health and Human Services (HHS), proposes to, among other measures replace video remote interpreting services (VRI) with audio-based services as it “believes that additional video standards may not justify the costs.” (The HHS document qualifies that “the proposed rule retains these access standards for persons who are deaf or hard of hearing.”)

According to the same document, the HHS also plans to relax regulations that require healthcare agencies to provide limited English proficiency (LEP) patients a written notice of free translation services (a.k.a. “taglines”); which it said could relieve the US healthcare industry of “an average five year burden of $3.16 billion.”

How does the language industry (which, of course, has a vested interest in maintaining the status quo given the business it generates), regard the Trump administration’s drive to deregulate?

Teleperformance-owned interpreting giant Language Line, outlined four main impacts of the changes proposed by the HHS in a post titled “Eliminating Federal Language Laws Could Jeopardize Minority Health”: (1) Rolls back need for notices of language assistance; (2) Limits oversight of language-access plans; (3) Reduces scope of who must comply with Section 1557 [of the ACA; i.e., narrows the definition of entities covered by the law]; (4) Eliminates current video remote interpreting standards.

United Language Group (ULG), meanwhile, said that with “Obamacare tenuously hanging in the balance, the future of the Affordable Care Act (ACA) is uncertain.” However, despite the “rumblings […] the administration has failed to successfully put forward a new plan.”

According to Dieter Runge, VP of Marketing and Global Business Development at Boostlingo, a San Francisco-based interpreting software startup, “We know that there has long been a desire by the current administration to roll back, cut and, eventually, repeal the ACA (Affordable Care Act); and, along with that, any provisions to support healthcare services in any language other than English. In my opinion, this is of course a very myopic and potentially dangerous path backwards.”

“We know it will certainly have a significant impact on SME language service agencies and, frankly, it will also impact the 800-pound gorillas in this business as well,” he added.

LEP communities in the US are continuously growing, Runge said, and they would “be seriously on the back foot without access to vital language services and support — particularly when it comes to healthcare and legal or government concerns. I actually do not see how rolling back these services can even work these days, given the sheer volume of Spanish speakers in the US and, now, with all of the burgeoning new migrant languages here, like Somali, Hmong, and Burmese.”

Runge noted how the worldwide demand for professional interpreting services far exceeds the number of certified practitioners, adding, “The optimist in me thinks it may be threatened only for a while, but the sheer necessity and public demand will ensure that access to interpreters, remote and onsite, will prevail.”

Healthcare Interpreting will feature prominently at SlatorCon San Francisco on September 12, 2019, where Meredith Stegall, Director of Language Services at Dallas-based Parkland Hospital will discuss how they manage over one million interpretations per year.