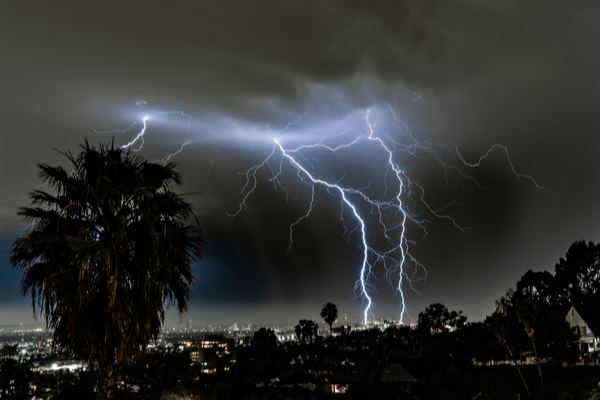 Chapter 11 is a form of bankruptcy that enables a business to continue its day-to-day operations and permits a business to reorganize its debts and assets. Though rarely a company’s preferred recourse, Chapter 11 has been a route taken by many other large US companies in the past, including United Airlines, as a means to stay afloat.

Deluxe’s Chapter 11 filing has been widely covered in the US media, including by Bloomberg, which said that Deluxe had mooted alternative solutions earlier in the year such as “spinning off its creative services business and using the proceeds to ease its debt burden;” a plan which was eventually abandoned.

Instead, Deluxe has now put forward a reorganization plan under Chapter 11. If approved by the Courts, the reorganization plan would see the company hand over ownership to its lenders, Bloomberg reported. Deluxe is currently owned by a holding company belonging to American billionaire Ron Perelman.

Deluxe claims that it has a network of more than 9,000 translators who produce more than 1.5 million minutes of subtitling and dubbing a month

Deluxe provides a range of content creation and production services to media entertainment customers. Not traditionally a localization specialist, Deluxe acquired Sfera, a cloud-based localization platform, in 2016 to boost the capabilities of its then recently-launched Deluxe Localization division.

In 2017, Deluxe’s Director of EMEA Localization Alan Gill appeared alongside Mazin Al-Jumaili of rival media localizer ZOO Digital at a roundtable interview posted on YouTube. Gill said at the time that Deluxe’s localization teams delivered “about over a million minutes a month.” The company has since continued to ramp up its media localization operations, launching the Deluxe One platform in 2019. Deluxe now claims that it has a network of more than 9,000 translators who produce more than 1.5 million minutes of subtitling and dubbing a month.

According to a Reuters article, “Moody’s Investors Service said in August [2019] that Deluxe had been struggling with negative cash flows because fewer movies were entering wide release, some movies were being shelved and DVD and Blu-ray sales and prices were falling.”

One of the casualties of the onslaught of streaming services, DVD and Blu-Ray sales have been steadily declining over the past five plus years. Companies traditionally deriving incomes from DVD and Blu-ray production and packaging have, in recent years, turned to other revenue sources, such as localization. UK-listed company ZOO Digital, for example, pivoted away from providing media production services for DVD and Blu-ray around 2012 in favor of localization as a core business.

Under its proposed reorganization plan, Deluxe’s “day-to-day operations will continue without interruption and with no impact on employees, customers and vendors,” said a company press release. Deluxe is known to be a Netflix Preferred Fulfilment Partner for the US and Canada.

Media localization professionals have voiced their reactions to the news of Deluxe’s Chapter 11 proceedings on social media. One commentator remarked on LinkedIn that it was “A Very Sad Day for everyone involved and not just for Deluxe.” Others were less fazed by the news, calling the Chapter 11 proceedings “Just a formality,” while another wondered whether Deluxe would blame the cloud for its current predicament. Seems unlikely, wrote another, since Deluxe One is “entirely cloudbased with AWS.”

The impact, if any, on Deluxe’s more than 7,500 staff and 9,000 translators worldwide is as yet unknown. But the news comes as further confirmation of the shifting landscape of media localization. In September 2019 alone, two major players in media localization, BTI Studios and IYUNO, joined forces in a merger, while TransPerfect acquired four media localizers, including Paris-based Lylo. And gaming specialist provider Keywords Studios bought German media localization company TV Synchron.

At the same time, 2018 brought headwinds for the major media localization incumbent, SDI Media, as growth slowed to just 1.8%.

Deluxe’s proposed reorganization plan is first to be confirmed in a vote of Deluxe’s lenders before a court hearing will decide whether or not the plan is approved. Deluxe has requested a hearing date of October 24, 2019 and Slator will provide follow-up coverage on the outcome.