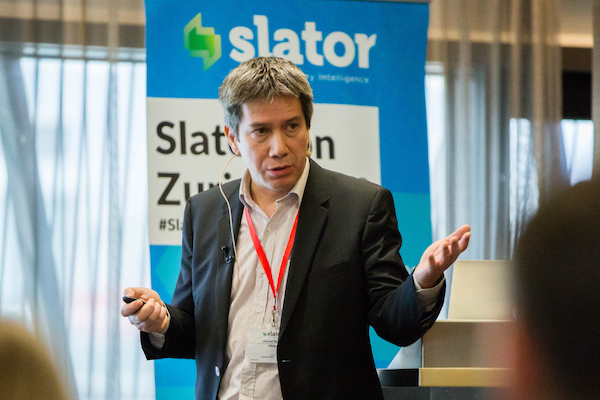 France-headquartered language service provider (LSP) Ubiqus continues on the acquisition trail, having completed two new acquisitions in April 2019, their first ones of the year.

Ubiqus has also recently acquired France-based InPuzzle and Belgium-based Dhaxley. The purchase price was not disclosed for either deal. Ubiqus has more than 500 staff located throughout Europe (France, United Kingdom, Belgium, Ireland and Spain), the United States and Canada.

Slator contacted Ubiqus President Vincent Nguyen to find about more about the rationale behind the deals and Ubiqus’s plans for integration moving forward. Nguyen told Slator that it was not yet decided how and when both brands would be united under the Ubiqus umbrella, but said that it would definitely happen in the long run.

Nguyen said that one of the Co-founders of InPuzzle, Philippe Guyon, will be staying on post-sale to Ubiqus, while the other Co-founder, Vincent Renard, has already left the business. He also said that there will be a transition of Dhaxley leadership over the next few months.

Founded in the early 2000s, InPuzzle has a team of 49 staff, Nguyen said. The team, which comprises in-house linguists, project managers and digital communication technicians, is housed mainly in Rennes and Paris, France. InPuzzle’s customer base is spread across France, Switzerland, Spain, Benelux and Germany, he added.

Belgium-based Dhaxley translations was founded in 1989 and houses 18 staff at offices in Herentals and Leuven, Belgium, Nguyen shared. The company’s customers are based in Belgium, Netherlands and Germany.

As well as being a good fit geographically, both InPuzzle and Dhaxley add to Ubiqus’s existing client mix. InPuzzle, which focuses on luxury, life style and the science and industry verticals, brings “know-how in marketing and web localization,” Nguyen said. Dhaxley, meanwhile, has a “strong client base in the automotive sector,” the Ubiqus President added, and neither company has a client overlap with Ubiqus.

Neither InPuzzle nor Dhaxley owns any proprietary technology, which Nguyen sees as an opportunity: “One key factor is that we will bring our technology to their revenue stream,” he said. “It will also enable Ubiqus to extend its language pairs and enhance its NMT engines,” Nguyen added. Ubiqus is heavily involved in NMT research and development, and Nguyen spoke of how the company deploys neural technology in its operations during his presentation at SlatorCon Zurich in November 2018.

More broadly on the organizational front, Nguyen told Slator that Ubiqus’s holding company “Financière du Caroubier” has just been renamed “Ubiqus labs.” This reflects the fact that “it has more become a research center for the Group rather than just a holding company,” he said.

As an active player in the language industry M&A space, what does Nguyen think of the current rate of deals? “It will continue as long as buyers remain able to drive a good integration, which remains the key factor of success,” he commented.

Common Sense Advisory acted as an advisor to the seller on the InPuzzle deal. Ubiqus and Dhaxley did not retain an outside advisor.