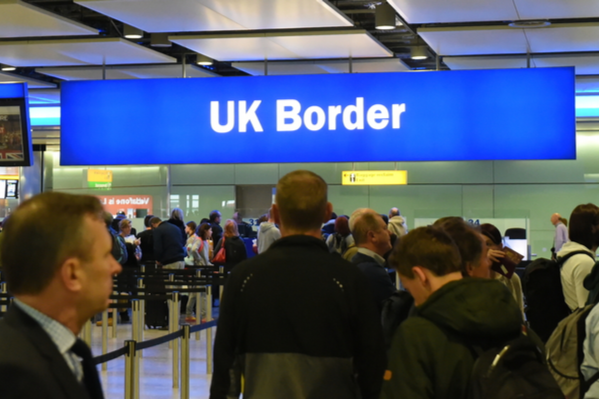 According to UK government statistics, the UK granted asylum to a little over 9,000 people in the year ending March 2019, with an additional 8,000 receiving alternative forms of protection such as humanitarian protection and resettlements.

With the total number of protection grants topping 17,000 in 2019, the figures are at their highest in over 15 years. And, naturally, many more people applied for asylum than were granted.

Asylum seekers who arrive in the UK without speaking English require adequate support from interpreters to communicate with border forces and authorities; and eventually navigate the complexities of applying for asylum. Additionally, interpreters may be needed so immigrants can make use of everyday public services, such as healthcare and judicial. Immigration in general is a big driver of interpretation services, both in the UK and across Europe.

But it is not always plain sailing in the world of public sector interpreting, and consequences can be grave. In Denmark, for example, a huge interpretation contract worth USD 80m sparked controversy among interpreters over fees offered, prompting hundreds to sign a petition accompanied by threats of walkouts and no-shows. In one instance, the Danish police released a shoplifter because they could not get an interpreter.

Back in the UK, it was not so long ago that a massive Ministry of Justice (MoJ) interpreting contract was the subject of much strife. As a direct result of failures in interpreting services, around 2,600 court cases were adjourned in the UK from 2011 to 2016.

The UK’s Independent Chief Inspector of Borders and Immigration (ICIBI) is now set to launch “an inspection of the Home Office’s use of interpreters in the asylum process” as part of a wider inspection plan looking at the asylum system as a whole.

According to the ICIBI’s website, the role of the ICIBI is to help “improve efficiency, effectiveness and consistency of the Home Office’s border and immigration functions.” The current ICIBI is David Bolt, a language graduate with a degree in Russian, who spent 25 years in the UK secret service.

In a first step, Bolt issued a “Call for Evidence” on May 30, 2019. As part of the call, Bolt invites “anyone with knowledge and experience of the Home Office’s use of interpreters in the asylum process to submit evidence for his next inspection.” Specifically, he would like to hear from groups such as NGOs, academics, think tanks, faith groups, and representative bodies with supporting evidence and case studies, as well as individuals with firsthand experience, to inform an eventual inspection report.

Before an inspection report is published, it is sent to the Home Secretary and put in front of the UK Parliament. The Home Office then publishes an official response to the inspection report.

The government already provides guidance for interpreters working for the department of UK Visas and Immigration, Border Force and Immigration Enforcement, which is published on its website. The guidance explains that “passengers arrive in the United Kingdom from many different countries. The vast majority of overseas nationals are able to communicate satisfactorily with immigration officers but in some cases, where communication proves impossible, the immigration officer will call on the services of an interpreter.”

They must also “have been assessed by the Asylum and Immigration Tribunal” or by the Metropolitan Police (the Greater London police force), and must have obtained a security clearance. As part of an ongoing commitment to ensure quality, monitoring forms are used if officers wish to leave comments on interpreter performance during an assignment.

The guidance also covers topics such as type of work, hours, and locations as well as fee structures for interpreters. The rules for travel expenses, subsistence, and travel time are also outlined in the government guidance. There is a minimum payment to cover three hours.

According to the guidelines, work “is very much demand led and can vary considerably.” At the same time, “many airports and ports work 24 hours a day, [and] we are in constant need of interpreting services,” the guidelines also explain.

The UK asylum system never sleeps. Therefore, conducting a review into the Home Office’s use of interpreting services could prove crucial in improving the efficiency, effectiveness, and consistency of language provision within the asylum system.

Slator will continue to monitor developments in the ICIBI’s inspection.