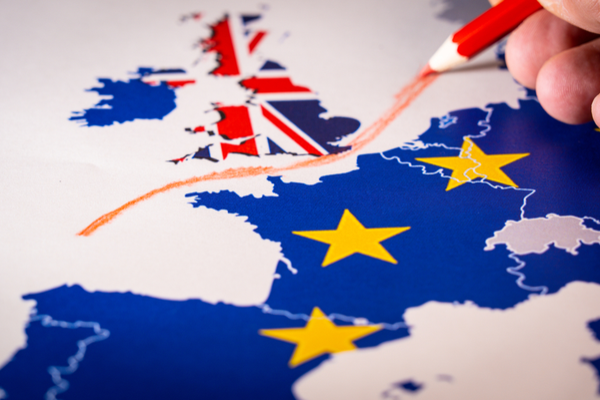 The Association of Translation Companies (ATC) in the United Kingdom is ramping up its lobbying efforts ahead of the March 29, 2019 Brexit.

With prospects of a no deal Brexit increasing, the ATC is working with its members and lawyers to assess how the government’s evolving policies, measures, and agreements could impact the UK language industry.

ATC surveyed its members for feedback and will host a meeting at thebigword’s training facility in Leeds on February 26, 2019 to build support for lobbying plans through Brexit.

It is difficult to predict how Brexit will play out for businesses operating in the UK, including those in the language services industry. The situation has become volatile after Parliament voted against Theresa May’s EU withdrawal proposal on January 15, 2019 and remains fluid while government negotiations with the EU, opposition parties, and conservative rebels continue.

As uncertainty reigns, a major concern for UK language service providers (LSPs) is their ability post-Brexit to recruit and retain skilled native-language speakers from the EU. In December, the government released an immigration white paper that was debated in the House of Lords as to the impact proposed salary and skills criteria could have on public service interpreting and the teaching of modern foreign languages.

However, the impact goes beyond public sector providers like thebigword, who have a GBP 232m contract to provide interpretation and translation services to the Ministry of Justice, to every small and medium LSP hiring EU staff and their customers.

“LSPs provide a vital service to UK businesses and the public sector, facilitating international trade and multilingual communications,” said Raisa McNab, CEO of ATC, in an interview with Slator.

She added, “But commercial translation companies may also take their business elsewhere and outsource their work from outside the UK if their supply to skilled and qualified linguists is curtailed in this country — taking valuable tax contributions with them.”

“Brexit will undoubtedly have a profound effect on the ability of most UK LSPs to hire new arrival EU nationals,” cautioned Louis MacWilliam, Head of Immigration at Blacks Solicitors LLP in an interview with Slator.

Once free movement ends, EU nationals will generally need to be sponsored by a UK employer, who must hold a Tier 2 sponsor licence, which adds on cost. According to MacWilliam, “The licence itself costs GBP 536 or GBP 1,476, depending on the size of the employer. The employer will, in addition, normally be liable to pay the Immigration Skills Surcharge, currently set at GBP 1,000 per year, per migrant.”

MacWilliam suggested that LSPs consider recruiting EU nationals while conditions are still favorable, and that they safeguard their current EU staff. “Employers should ensure they are fully familiar with (EU Settlement) Scheme by checking the Home Office website, which has various guides for employers,” he said.

“Larger employers might wish to attend specific training or seek help from immigration specialists. Employers can then guide their employees through the Scheme, whether individually or through workshops,” MacWilliam added.

Industry to Step Up Lobbying

ATC, which has over 150 members, 60% of which are small businesses, ran a short survey in January where 76% of respondents said they had staff who would be affected. The group plans to publish a position paper as a fuller response to the immigration white paper as it engages with its members, government, and the media.

Brexit and the UK government’s immigration white paper will also be the focus of ATC’s first networking event of the year, with a Brexit round table discussion to build a consensus on the direction and channels ATC’s immigration lobbying should take. Registration is open to non-ATC members and interested stakeholders as well.

Subsequently, ATC CEO Raisa McNab, Chairperson Ruth Partington of RP Translate, and Council Member Paul Stewart of Wessex Translations have scheduled a meeting in March with the Minister of State for Immigration Caroline Nokes to present their concerns and proposals.

ATC members are also weighing in on Brexit and are highlighting additional commercial issues to consider.  For example, Anu Carnegie-Brown, Managing Director, Sandberg Translation Partners (STP), beyond providing clients with an update on Brexit, highlights potential outcomes of Brexit, such as subsequent currency fluctuations and uncertainty over VAT in invoicing.

This is a developing story, which Slator will continue to monitor. Please reach out to Slator if you own or run a language service provider or if you are a freelance translator and would like to share your views on the issue.

Post-Brexit opportunities and challenges will also be discussed at SlatorCon London on May 16, 2019, where confirmed speakers include Lionbridge CEO John Fennelly and Welocalize CEO Smith Yewell. Register before February 28, 2019 for the 20% early-bird discount.