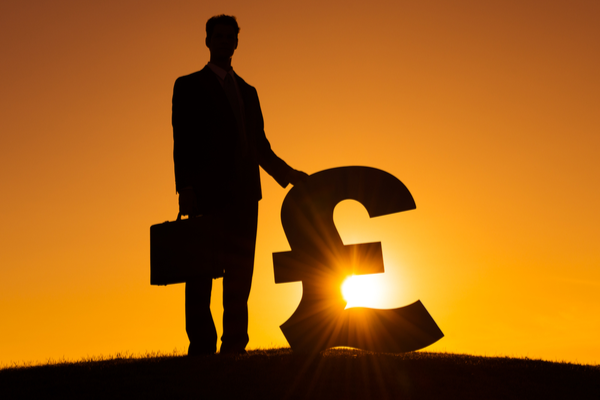 Keeping track of public sector RFPs is part and parcel of life for many language service providers (LSPs) that wish to compete in the high-volume space. The bidding process tends to be lengthy and complex, and companies can find themselves in a scramble to submit the tender documents on time.

So it certainly makes the task a little easier when the buyer gives plenty of advance warning on any new and recurring tenders!

In this particular instance, the UK government is, at least, a good few months in advance with its announcement that the ESPO contract will soon be up for renewal. ESPO is the Eastern Shires Purchasing Organization. The expression of interest window opened in June on the ESPO website and will not close until November 29, 2019.

The contract is due to start in April 2020 to coincide with the end of the four-year maximum duration of the current contract. The existing framework began back in May 2016, when 13 LSPs were selected for the large-scale, multi-year interpreting and translation framework contract. It was reported to be worth between GBP 40m and GBP 120m over its lifetime, with a minimum of two years and a maximum of four years.

The new framework contract (ESPO 402_20) is worth up to GBP 80m (USD 101m), also over a maximum of four years. A Prior Information notice, published on the UK government contracts finder portal indicates that the budget for the contract is GBP 20m (USD 25m) per year until 2022, after which the extension option may be applied. By its very nature, however, a framework contract does not guarantee volumes of work.

And what of the suppliers listed on the existing framework contract? At least one named supplier has fallen by the wayside in the past three years. London-based Pearl Linguistics went into liquidation in March 2017, leaving more than 2,000 creditors holding the bag.

Meanwhile, Language Empire Ltd has been embroiled in a legal dispute with rival LSP thebigword over cybersquatting and the imitation of thebigword’s logo — which recently culminated in the UK court ordering Language Empire to pay thebigword nearly GBP 250,000 in costs and damages.

Aside from Pearl Linguistics and Language Empire, the other current suppliers are AA Global Language Services, AtoZ Interpreting & Translation Services, Capital TI, DA Languages, ITL (North East), LanguageLine, NHS Midlands and Lancashire Commissioning Support Unit, Oncall, Papillon Translations, Prestige Network, and thebigword. Slator reached out to most of the companies listed as suppliers in the existing framework contract, asking whether they intend to participate in the new tender.

Only Oncall confirmed that they would be bidding for all seven lots of the new tender. Oncall Bid and Communications Manager, Alex Fairie, said they are in the existing framework contract for face-to-face interpreting, telephone interpreting, and video interpreting services.

There may be some general discontent among those servicing the ESPO contract about the low rates agreed. In the case of face-to-face interpreting, for example, the contract does not allow for travel costs or mileage to be paid.

As a result, it could become increasingly difficult for suppliers to service the contract; which can lead to delays in interpreters being deployed onsite, particularly in the case of rarer languages or hard-to-reach locations.

This is especially problematic in the case of time-sensitive matters for the police, who have historically been a big user of the ESPO contract. When holding a suspect, for example, the police normally have up to 24 hours to release or charge an individual.

If the situation sounds familiar, it is because it is indeed reminiscent of a recent and similar controversy in Denmark. Interpreters were riled by the low fees offered as part of a huge interpretation contract worth USD 80m. In one case, the Danish police released a shoplifter because they could not get an interpreter. And, still fresh in the minds of UK suppliers, is the massive Ministry of Justice (MoJ) interpreting contract that was the subject of much strife: Around 2,600 court cases were adjourned in the UK from 2011 to 2016 as a direct result of failures in interpreting services.

To avoid similar problems, the UK police may choose not to use the ESPO framework to source interpreters and engage them instead through the other frameworks available to them.

Positive steps are being taken by other UK public sector interpreting purchasing bodies and may yet prove to be a source of wider inspiration for the sector: The UK’s Independent Chief Inspector of Borders and Immigration (ICIBI) recently announced “an inspection of the Home Office’s use of interpreters in the asylum process” as part of a broader plan to look into the asylum system as a whole.