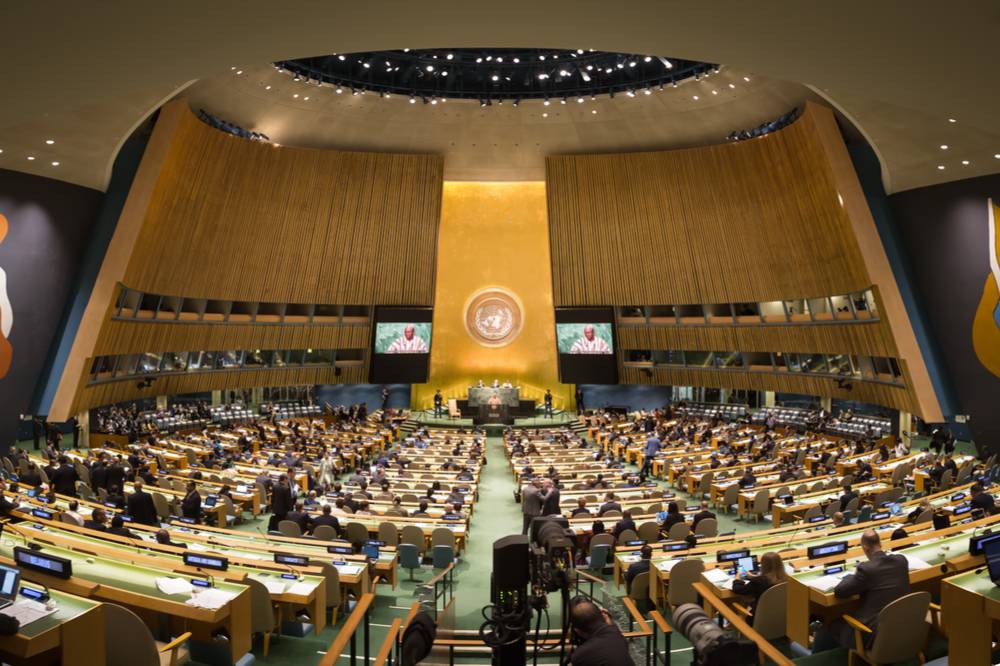 Catherine Pollard, Under-Secretary-General for General Assembly and Conference Management of the United Nations banged the gavel to confirm the approval of a draft resolution on professional translation on May 24, 2017.

The UN Department for General Assembly & Conference Management (UNDGACM) was the first to announce the news on its official Twitter page. “Just happened: #UNGA declared 30 Sept. International Translation Day, recognizing the contribution of language professionals to the #UN,” @UNDGACM_EN tweeted after the conclusion of the 82nd Plenary Meeting of UNGA’s 71st Session.

The Foreign Ministry of Belarus, the main sponsor of the draft resolution, later acknowledged the 27 countries that gave their full support to and acted as co-sponsors of the resolution.

UNGA adopted the resolution without a vote, declaring September 30 as International Translation Day (ITD) and affirming the crucial role of professional translation in the work of the UN and in fostering linguistic diversity and social harmony unopposed.

“Is this the time for the General Assembly of the United Nations to discuss translation with tens and thousands of people continue to die from war, hunger, and sickness?” Andrei Dapkiunas, Permanent Representative of Belarus to the United Nations, said in his opening presentation. “How appropriate an agenda item is language and translations when the world is seeking a sustainable global paradigm for security, balanced development, and respect for human rights, which is difficult?”

He went on to say that the resolution is much broader and deeper than simply respect for the well-known profession. “This resolution is about the underappreciated role of language in the life of our human society,” he emphasized. “We feel that this deserves further discussion, perhaps legal protection of those translators working in conflict zones and in situations of higher risks.”

Dapkiunas acknowledged that the UN stamp of approval for this International Translation Day (ITD), which has been celebrated by translators for the last 63 years, is most symbolic of the resolution.

“The fact that the United Nations will consecrate this holiday through its influential words is without a doubt a good thing,” he said.

“With the success of the inaugural combined observance of the IWD and ITD last year, this year’s ITD celebration across the UN will also highlight the important role played by the national and regional sign languages especially in the implementation of the Sustainable Development Goals (SDGs),” FIT said.

The European Commission and the European Union will also be observing and celebrating the ITD also for the first time in conjunction with European Day of Languages (EDL), according to FIT.

Gustavo Meza-Cuadra, Peru’s Permanent Representative to the United Nations, speaking on behalf of the Group of Friends of Spanish, acknowledged in his speech at UNGA that the best professional translators and interpreters must be recruited of the highest quality through processes that align themselves to the highest international standards.

“Indeed the Group of Friends of Spanish recognizes the importance of the important work being carried out by translators and interpreters and other language professionals and promoting multilingualism. In this respect, we want to welcome the adoption of this resolution,” he said.