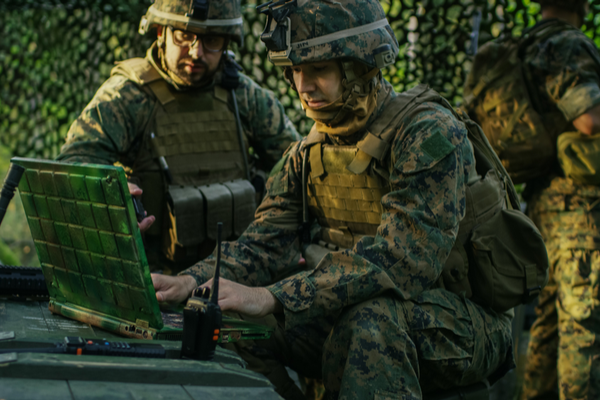 On July 20, 2018, the US Army awarded two contracts for its Machine Foreign Language Translation System (MFLTS) project. According to US Federal business opportunity portal FedBizOpps, one contract was officially awarded to Applications Technology (AppTek) amounting to USD 1.55m, and another to Raytheon Technologies worth USD 2.99m.

According to the RFP documentation, the MFLTS is “software only program that provides an automated foreign speech and text translation capability in order to augment and complement limited human linguistic resources across all Army echelons in all environments.”

The contracts were meant to evaluate “the suitability and effectiveness” of off-the-shelf commercial text-to-text language packs when used in conjunction with government-owned MFLTS. Additionally, the contracts can potentially last five years. The languages included in the contract are Russian, Modern Standard Arabic, Dari, Pashto, Urdu, Farsi, Polish, Korean, Mandarin Chinese, and Ukrainian.

The MFLTS first deployed in full in 2017, and even before deployment the US government had been funnelling millions into its development. Projected total spend on MFLTS Research, Development, Test & Evaluation from 2013-16 amounted to USD 12.5m as of 2014. When Slator initially covered the project that was still under development, the MFLTS worked with, at least, two possible vendors: SDL for text-to-text and Raytheon Technologies for speech-to-speech.

In early August 2018, AppTek distributed press releases confirming they won a USD 1.5m machine translation contract for the US Army. According to the releases, the contract includes machine translation software, support, and engineering services for automated text-to-text translation of foreign language documents.

There appear to be no news about this new contract with Raytheon Technologies as of this writing, though aside from being involved with MFLTS since its earlier stages, the company also won the USD 4m contract for its first large scale deployment in 2017.

Both of the new contracts are classified under the NAICS (North American Industry Classification System) Code 541930, which represents Translation and Interpretation Services. In 2017, US government spending on translation and interpretation surpassed USD 500m, according to government spending database USAspending.gov. The database included over 1,100 providers and showed the lion’s share of government contract work typically went to the top 20, which accounted for 77% of the total USD 517m in contracts towards the end of November 2017.

Interestingly, neither AppTek nor Raytheon were in the top 20 for this specific translation-related NAICS category. Furthermore, some government contracts that require a certain level of confidentiality are not included in the database.