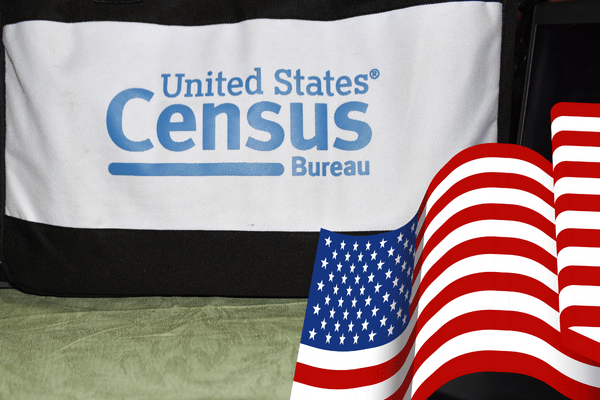 According to census data from the American Community Survey (ACS) released between September and October 2022 (corresponding to 2021 data), the United States has an estimated population of 333 million. Among them, about 45 million were born outside the country and 67.7 million speak a language other than English at home.

Signaling only a slight change over the past few years, the number of non-English speakers was 66.6 million in 2018; and the ACS reported an increase to 67.8 million in 2019.

The ACS makes a distinction between members of the population who are fluent in English and another language, and those who are considered to have limited English proficiency (LEP). For this article, we selected the latter as an indicator of potential demand drivers for translation and interpreting, using the “household” criterion. This is due to the fact that the US Census polls households and the individuals within them (i.e., including non-family).

Household figures alone provide insight into the non-English language distribution across the country: Spanish tops the list with 16.3 million households that speak the language. However, among those, only 3.1 million are classified as limited-English-speaking households.

The second largest group is made up of 2.7 million households under the general US Census designation of “Other Indo-European languages,” of which 372,776 are LEP households.

In third place, a little over 1.5 million, are households where so-called “householders” speak Mandarin or Cantonese at home (lumped together as “Chinese” in the ACS data). Close to half a million of those are considered limited-English-speaking households.

French, Haitian, or Cajun speakers are also grouped under a single language label. They account for a little over a million households. Of them, 132,823 households are considered as being of limited English proficiency.

In a group made up of 1.1 million speakers of Russian, Polish, and other Slavic languages, 269,419 households reportedly have limited English proficiency.

Certain demographic characteristics linked to language in the household data are worth noting. For example, 47.4 million households are listed as having non-English speakers, but of those, 45 million were born outside the US. This indicates that close to 2.5 million householders speak native American languages (as well as English, in most cases) at home. In Alaska alone, a reported 20 native languages are spoken.

Also worth mentioning are levels of income and education, citizenship status (which can make a difference in access to certain government services), and age among non-English speakers. For instance, of the foreign-born US population, 37.2 million households are made up of non-English speakers — and about half are non-US citizens.

When it comes to income levels, 38 million people are listed as living below the poverty level (download); and, of those, a little over 10 million are non-English speakers.

Jobs for Translators and Interpreters

With an estimated 67.7 million people speaking a language other than English at home, it can be safely assumed that the need for translators and interpreters will remain a constant in the near future.

That said, the occupational outlook of the US Department of Labor’s Bureau of Labor Statistics is partially based on census data — and a faster-than-average growth in jobs for translators and interpreters is anticipated in the next eight years.

Many of the estimated 9,200 job openings for translators and interpreters projected each year to 2031 “are expected to result from the need to replace workers who transfer to different occupations or exit the labor force,” according to the Department of Labor.

As long as migration patterns hold steady, there will be a clear need for language access moving forward. And in the US, that access must be provided by law.