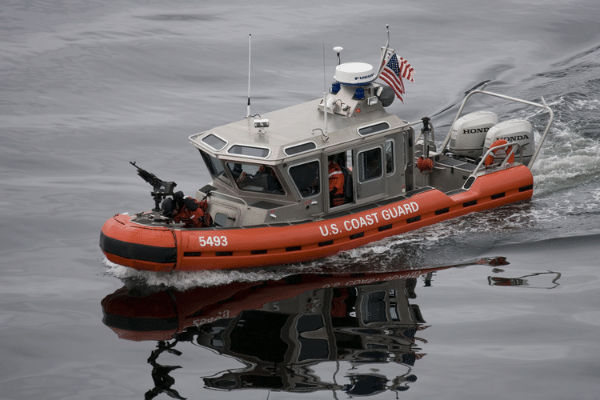 The US Coast Guard is a step closer in its quest for a portable, handheld translation device that is supposed to pack an amazing array of features: works offline (and automatically detect an Internet connection where available, updating for fixes), can float, be waterproof and, of course, automatically detect and translate a minimum of 16 (!) languages, achieving (at least) 95% accuracy during real-time, two-way conversations.

The Department of Homeland Security (DHS) awarded a startup called Kynamics USD 192,520 for Phase 1 of the contract to develop the portable “Language Translator.”

The call for tenders will remain open until 12 noon (Pacific Time) of February 20, 2021, according to the DHS website. Applications were accepted on a continuous, rolling basis and evaluated quarterly. The penultimate quarterly evaluation is set for October 20, 2020.

As reported by Slator in February 2020, the machine translation device will replace on-site human translators and is intended for the US Coast Guard to easily communicate with non-English speakers during missions (e.g., boarding foreign vessels). The portable device should be able to translate into English such languages as Arabic, Chinese, Persian-Iranian, German, Haitian-Creole, Indonesian, Korean, Portuguese, Russian, Tagalog, Ukrainian, and Vietnamese, among others. Total budget: USD 800,000.

Phase 1 awardee, Kynamics, is based in Mountain View, California. The startup provides natural language interactions and speech recognition for iOS and Android, according to its webpage. And it specializes in “on-device inferencing with training a deep neural network” for handwriting, image, and face recognition as well as natural language processing.

Kynamics intends to enhance its multilingual translator product, TalkBox, for Phase 1, the DHS press statement said. TalkBox runs on a battery-powered motherboard and its software operates “in an offline-first manner.”

The DHS further said that funds from Phase 1 will allow Kynamics to develop a language-detection model that “operates offline, automatically detects the spoken language, and automatically updates for fixes and feedback when internet connection is available.”

Over the past three years, Slator has covered translation gadgets that aspire for what the Coast Guard’s handheld device wants to achieve. The makers of these translation devices have undoubtedly spent more than USD 800,000 to carry out a fraction of the features demanded by Homeland Security.