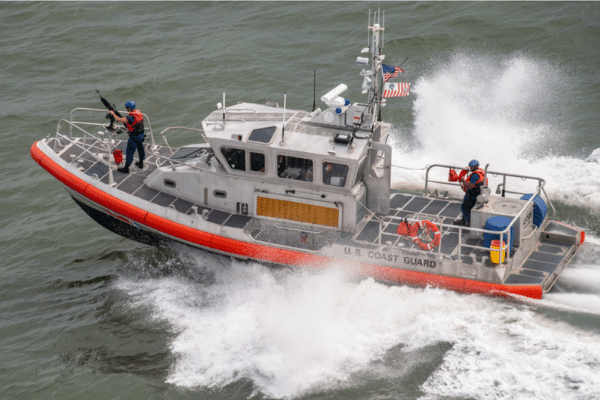 After years of buzz and PR around the rapid progress in natural language processing, expectations about what is possible have moved a little bit ahead of the current state of the art.

On February 27, 2020, the Department of Homeland Security (DHS) Science and Technology Directorate (S&T) launched an RFP for a portable “Language Translator” device to be used by the US Coast Guard (USCG). USCG personnel will use the device to quickly communicate with non-English speakers during certain missions, such as the boarding of vessels.

According to the DHS S&T, the device must be able to automatically identify the language spoken, perform speech-to-text translation in real-time, and display the results on a screen “to allow for two-way conversation.” As they expect to use the device in high-pressure, time-critical scenarios, authorities require translation output to be, at least, 95% accurate.

What’s more, as USCG personnel are often stationed at sea during extreme weather conditions with no Internet connection, the device must also be able to function offline and withstand temperatures ranging from 140ºF to –50ºF (60ºC to –45ºC).

To ensure that they end up with a device that meets the required criteria, the DHS S&T has opened the RFP to startups that can either create a product from scratch or adapt an existing technology.

If successful, the translation device would replace the USCG’s current language solution — which is to use an “on-scene human translator (where available), or by visual reference card.”

“The current USCG system utilized for translating communications with non-English speaking individuals is by an on-scene human translator (where available), or by visual reference card.”

The DHS S&T stated that “the challenge of the current USCG system is that it lacks the dynamic/agile robustness to effectively communicate across the spectrum of languages that are emerging across areas that were once more static.”

Those who think they have the tech and expertise to take on this challenge must submit their proposals to the DHS S&T Silicon Valley Innovation Program (SVIP) by 12:00 noon (Pacific Time) of February 20, 2021.

The winning bidder could receive up to four rounds of funding (between USD 50,000 and USD 0.2m per round), and will be given two to three years to fully develop the device. So the grand total the DHS is willing to spend on this device is a meagre USD 0.8m. We will check back with the DHS in a few months to see how things went.

To any company that thinks they can meet the DHS brief and participate in this tender, email us.