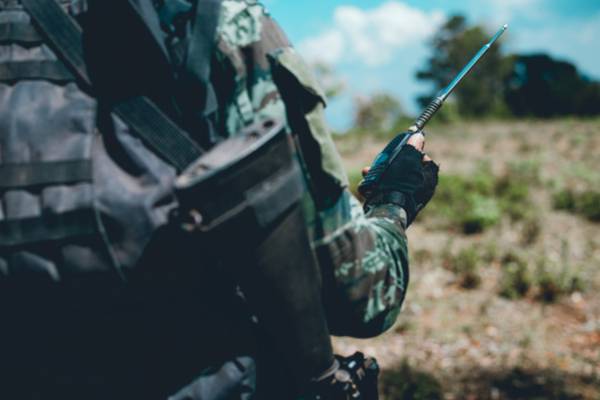 With a 2019 budget of nearly USD 4.5 trillion, the US Federal Government is among the world’s biggest spenders in pretty much any category, including translation and interpretation. Now, the world of US government contracted language services has been rocked by two lawsuits alleging mistreatment of linguists and an elaborate recruitment scam to pocket sums of cash for placing unqualified linguists.

In the first case, a complaint covered on Law360 and originally filed against Global Linguist Solutions (GLS) by a group of translators and interpreters in 2016 has just been unsealed, meaning the details of the complaint are now publicly accessible. GLS, a joint venture of DynCorp and AECOM, is a major provider of language services to the US Federal Government.

The contracts specified that GLS was obliged to subcontract to smaller companies. This meant that the linguists were officially employed by smaller subcontractors rather than GLS directly. Despite this, the linguists are arguing that GLS was in fact the “employer in practice” and therefore responsible for their living and working conditions.

Problems with Housing, Healthcare and Visas

Law360 reported that the linguists claimed they had been given substandard housing and ineffective medical care when they were working on the Army contracts. The linguists are also alleging that GLS’s actions left them in deep water with Kuwaiti authorities when the relationship between GLS and a local company in Kuwait hit the rocks.

GLS had struck up a working relationship with a Kuwaiti company called Alshora International that soon soured, the linguists claim. When it did, Alshora allegedly retaliated by reporting the linguists for abandonment of work sites, which is “a criminal offense for foreign workers in Kuwait,” according to Law360.

The linguists were made to decide whether or not to sign confessions admitting that they had violated Kuwaiti law, the article said. If they signed, they would be immediately expelled from Kuwait and blacklisted in the region. But those who refused to sign faced months of being detained in the country. So a lose-lose situation.

Another of the linguists’ key allegations is that GLS “lied to the government” about the nature of the subcontracting agreements, the Law360 article says. According to the linguists, GLS would have been disqualified from both contracts if the government had been made aware of the arrangement, Law360 reported.

After the complaint was unsealed in October 2018, GLS majority stakeholder DynCorp told Law360 that it had “complied fully with all applicable laws,” highlighting the fact that “the government previously investigated the claims and decided not to participate in the case.”

The statement given by DynCorp to Law360 also indicated that “should the complaint be served on DynCorp International, we will vigorously defend against these baseless allegations brought by plaintiffs seeking a payday.”

In a second case involving a US interpretation provider, an ex-recruiter is accused of duping his company into paying out generous bonuses that he was not entitled to.

On November 7, 2018, the US Department of Justice (DoJ) Office of Public Affairs issued a statement saying that ex-recruiter Abdul Aman had been indicted for allegedly enabling unqualified interpreters to work in Afghanistan alongside US Combat Forces.

The former recruiter was charged with several counts of fraud for actions that “circumvented procedures” and led to unqualified interpreters being deployed in 2011 and 2012, the statement read.

Specifically, Aman is accused of having “arranged for a close associate to take language tests for candidates who [he] knew did not meet minimum proficiency standards,” according to the statement. The friend in question is a proficient speaker of Dari and Pashto, two languages spoken in Afghanistan, the indictment alleges.

And what would lead a person to do something so unscrupulous? Well, money. The indictment says that Aman would have received a variable recruiting bonus of between USD 250 and USD 2,500 per candidate depending on how far in the process his candidate progressed.

Besides the recruiter bonus, Aman’s company ran a generous referral scheme for people outside of the company. Aman is also accused of duping the company into giving him sums of money for candidates that he pretended had been referred by his friends or family. And he would allegedly pocket cash to the tune of USD 7,000 per faked candidate referral.

The name of Aman’s employer was not disclosed in the indictment and the company is simply referred to as “Government Contractor #1,” a Fairfax, Virginia-based “subcontractor on a multimillion-dollar Defense Department contract,” the statement said.

The indictment explains that Aman’s employer was a subcontractor for Mission Essential Personnel (MEP), and was responsible for finding and testing candidates to work on the interpreting contract that MEP had been awarded by the US Army.

Finally, the statement reads, “this case was investigated by the Special Inspector General for Afghanistan Reconstruction and the U.S. Army’s Criminal Investigation Command. The case is being prosecuted by Trial Attorney Michael P. McCarthy of the Criminal Division’s Fraud Section.”