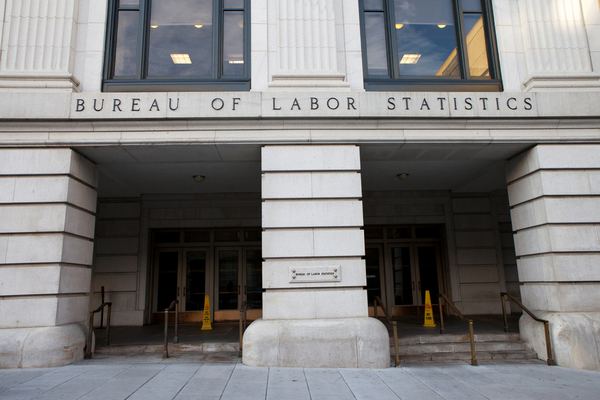 The OES gives employment numbers and average pay estimates for over 800 occupations in the US collectively as well as by states and metropolitan/non-metropolitan areas. The OOH is a national survey that allows users to find career information on duties, work environment, education and training, pay, similar occupations etc. It also has a ‘Job Outlook’ section that projects the demand for each job between 2016-2026.

Slator also discussed another study of the language industry published in April 2017 by the US Census Bureau that surveyed the total numbers of firms and employees engaged in language services between 2008-2015. That survey showed that the number of employees nearly doubled over the 7-year period and the number of firms grew by 23.6%.

By industry category, the highest paying one was the ‘Professional, scientific and technical services’ at USD 52,060 per annum, followed by ‘Government’ which was USD 50,880, and ‘Hospitals;state, local, and private’ at USD 46,220.

All other categories fell below the median level, although the report noted that wages varied widely, depending on the “language, specialty, skill, experience, education, and certification of the interpreter or translator, as well as on the type of employer”. The bottom 10% earned less than USD 25,370 per annum, whereas the highest 10% earned more than USD 83,010.

Interpreters and Translators command a median of USD 22.17 per hour

In 2016, 30% of the jobs were in the ‘Professional, Scientific and Technical Services’ category, whereas ‘Education; state, local, and private’ made up 23% and ‘Self-employed Workers’ 22%.

Demand is expected to grow specifically for sign language interpreters (due to increasing use of video relay services and relatively few people with this skill) and languages used by emerging markets such as Asia and Africa (because of trade growth).

Jobs are also expected to remain abundant for Spanish (due to the growing Spanish-speaking population in the US), and for the healthcare and legal verticals in general.

Both the ‘Pay’ and ‘Job Outlook’ sections of the survey compared Interpreters and Translators to Media and Communication Workers. Although the median pay of the latter was higher at USD 54,780 per annum, it’s 10-year growth projection was only 6%; lower than the national average for all jobs.

Interestingly, under the ‘Similar Occupations’ section of the OOH for Interpreters and Translators, there were a total of 11 similar jobs listed, of which the median wage all paid better except for one – ‘Medical Transcriptionists’, which was USD 35,720 per year.

The highest was ‘Postsecondary Teachers’, followed by ‘Technical Writers’ and ‘Writers and Authors’, at USD 75,430, USD 69,850 and USD 61,240 respectively. The other similar occupations listed were all teaching or writing jobs that paid a median wage of between USD 50,000 – 60,000 per annum and required some sort of tertiary education qualification.

Thinking about a complete change of career? Well the job with the highest growth rate (105%) projected between 2016-2026 was ‘Solar Photovoltaic Installers’, but it only paid a median wage of USD 39,240 in 2016. By sheer number of new jobs available,  the #1 goes to ‘Personal Care Aides’, which is expected to see 777,600 new jobs created by 2026, but the median pay is even lower at USD 21,920. What jobs paid the most in the US? Medical specialists such as Anesthesiologists, Surgeons, Orthodontists, Obstetricians and Gynecologists at USD 208,000 or more per annum (2016 median pay).

* Editor’s Note: Readers should note that median and mean wages are different statistical concepts. Mean is the mathematical average of all the data points, whereas median is the number in the center position if all the data points were lined up in ascending order. The OES tend to use mean wages in their comparisons whereas the OOH used median.