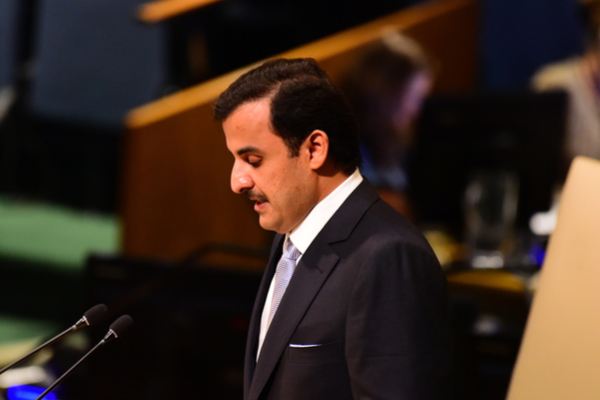 Now on its fourth year, the Sheikh Hamad Award for Translation and International Understanding (SHATIU) is back with a USD 2m prize pot.

The prize money will be shared by winners across three categories — Translation Prizes (USD 800,000), Achievement Prizes (USD 1m), and Prize for International Understanding (USD 200,000). Nominations are accepted until August 31, 2018.

Since it was launched in Doha, Qatar in 2015, the international prize has honored 45 individuals and five organizations whose works have contributed to the award’s goal of developing international understanding and encouraging cross-cultural interaction between Arabic and other world languages.

In this year’s Translation Prize, the board of judges will choose the best works in the English to Arabic and Arabic to English language pairs with the following cash incentives — USD 100,000 for the first place, USD 60,000 for the second place, and USD 40,000 for the third place.

In the past three years, 20 individuals have been awarded in this category, most of whom are university professors who have taught at leading academic institutions, including Oxford University, University of Basel, Sorbonne, McGill University, Islamic University, and the American University in Cairo.

Many are also poets, historians, and literary critics in their respective countries. As the award is currently limited to the humanities and the social sciences, the winners have translated mainly literary works, political treatises, and philosophical as well as historical accounts in English and Arabic.

As in years past, a USD 200,000 also awaits an individual or an organization that will be chosen for the Achievement Award. In 2015, this honor was awarded to the Al-Munaẓẓamah al-`Arabīyah li-al-Tarjamah (The Arab Organization for Translation), which has published over 300 high-quality translations since it was founded in 1999, according to the awards website.

German in the Spotlight

This year’s featured language is German. Up for grabs are prizes for the best works translated from Arabic into German (USD 200,000 USD), and from German into Arabic (USD 200,000)

This is on top of the Achievement Prizes awarded to translations from Arabic into languages selected annually (USD100,000 each). This year, the achievement prizes are for Bosnian, Italian, Japanese, Russian, and Swahili.

In 2017, an Achievement Award was given to translated works from Arabic to Eastern Languages (Urdu, Chinese, Farsi, Malay, and Japanese).

The third and the last category is the Prize for International Understanding, which has a cash incentive of USD 200.000. SHIATU said this will be awarded to “individuals or institutions with substantive contribution to building a culture of peace and promoting international understanding.”

A report from The Peninsula Qatar on March 19, 2018 quoted Dr. Hanan Al Fayadh, the Award’s Media Consultant, as saying that a team from the steering committee will be visiting universities and academies in targeted countries to provide details.