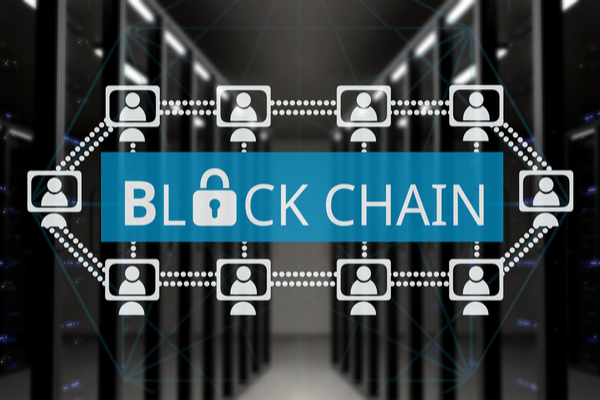 One Hour Translation (OHT) is building a translation tracking system based on blockchain technology. The system allows customers to identify the origination of the translation as well as who performed it, and to view the entire quality and review process performed prior to delivery.

Therefore, in many cases, the customer-facing LSP at the top of the chain does not know who actually performed the translation, and whether it was proofread, edited, or checked by others. The agency relies on its partner to do a good job, and that partner relies on its freelancers, and so on and so forth.

In theory, the outsourcing-subcontracting model seems logical. In practice, however, even some of the biggest customers working with the top LSPs encounter quality issues. These quality issues are often hard to trace back to the source.

The current system is broken. Even top LSPs encounter quality issues that often cannot be traced to the translator who did the work or to the reviewers that examined it.

Even when LSPs know who the translator is, they rarely disclose the name to customers. Most LSPs are wary of alerting the customer to the fact that they might outsource the customer’s content to multiple translators, since this can be perceived badly.

Furthermore, there is a risk for the LSPs that direct contact between clients and translators may “cut the middleman” from the equation. These issues can lead to broken communication between translators and customers, and create other problems as well.

There are exceptions, of course. At OHT, we show customers who the translator is on each and every project, and include their real photo, name, certificate, and rating. Other online LSPs do the same. We built our system to promote communication and actually encourage direct contact between customers and translators because the resulting translations are clearly better.

There is a better way

What if each customer could simply, quickly, and reliably see who translated the content, what quality control was performed, what “stages” the translation passed through before delivery, and what the results of each stage were? This allows customers to track each piece of content to origination, identify where problems are coming from, and in turn select better translators and LSPs to work with.

Firstly, it is important to mention that the way OHT works is different from most translation LSPs. We only work directly with translators and avoid subcontracting to LSPs. Thus, we know who the translators are and we share their identities with customers. This means that customers can see and freely communicate with all of the linguists working on their projects—from the translators to the proofreaders, editors, etc.

Most LSPs are not like OHT. Customers cannot trace the translation all the way to the translator and there is no transparency.

The problem is compounded over time, given that many customers work with more than one LSP, which makes tracing problems even harder. So, when a big customer that may have hundreds of thousands of projects encounters a quality issue, they have a hard time just figuring out which agency performed the translation, let alone who the translator was.

Bottom-line: it is very hard to improve the current model.

So how can blockchain help?

Blockchain can help to build a better system in several respects. It is essentially an encrypted, distributed database, in a trustless environment, with no central management.

The idea is that each translator, reviewer, editor, agency or anyone else with a stake in the project pipeline adds metadata about themselves to the blockchain. The data will include basic fields such as the name of the translator, editor or agency, what was done, date and time, etc.

Using blockchain technology, the data will be encrypted using the public key of the customer so only the customer can access it. For performance reasons, it will not include the translated nor the source text.

To save the data to the blockchain “database,” the user involved (e.g. translator) will create a hash of the source material and the basic project metadata, such as the language pair, type of material, identifier of customer. This hash will be used as an index for that specific project. The hash is the unique identifier for the project, so there is no need to save the entire source and translated text.

The next stakeholder to work on the project, e.g. the proofreader, will add their record to the blockchain using the hash of the project and the public key of the customer, and so forth.

When the project reaches the customer, they will be able to find relevant records using the hash of the project and decrypt them using the private key. The decrypted records will show who worked on the project and when and what they did, e.g. initial translation, proofreading, editing and so on. Using these records, customers will be able to decide which translators they would like to work with in the future, identify the source of quality issues, and much more.

The “trustless” nature of the system is a great advantage since it even allows competing vendors to use the same platform without worrying about revealing customer and translator names, or exposing the translated text itself. The process of mining, i.e. hosting the database, building its blocks, and verifying them, is done by participating LSPs.

OHT has started developing this solution in addition to other blockchain-related projects, such as neural machine translation (NMT) with blockchain. Still, the main driver for such a project is customer demand. From what we already see today, more and more major clients are requesting translation tracing information. A blockchain-powered system such as this one can easily provide this information.

Down the line, as hybrid translations (NMT + human post-editing) become more popular, many customers will want to know if a machine was involved in the translation and at what stages. It is expected that the demand for full transparency and traceability of translations will increase even more.

The next stage for this system is global linguist reputation management, so good translators can garner rating records stored on the blockchain for potential customers to see. As NMT and hybrid translations become better and more common, more translators will want to display and publish their rating and reputation.