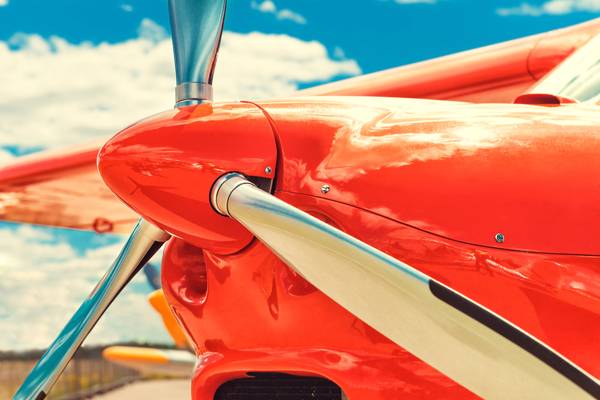 German-based tolingo was founded in 2007 as a pay-as-you-go translation platform with a seamless technological interface. Venture capital (VC) firms were attracted by the startup’s original premise that the translation process can be aided on so many levels by technology. Among the VCs that invested in tolingo was Acton Capital Partners.

“Acton was the third institutional investor in an institutional round worth a few million Euro in 2011,” said Acton Investment Director Marcus Polke. The role VCs played, however, extended beyond funding.

“One of the things investors give you as a company is speed,” Polke said, “You can grow steadily self-financed, but you can grow much faster if you know what you’re doing and you have the money. tolingo crossed that line of profitability quite a while ago.”

“One of the things investors give you as a company is speed” — Marcus Polke, Investment Director, Acton Capital Partners

In constant discussion with investors, tolingo management realized they needed to go deeper than tech to scale successfully. The company decided to move from offering a fully-automated, web-based translation platform to providing translation-as-a-service based on a consultative approach to supporting clients.

Now, tolingo’s focus is full lifecycle management and customer segmentation, integrating much deeper into the client’s value chain, where they ultimately empower clients with a more streamlined translation process.

A Change in Thinking

“Investors are shareholders, not mere advisors,” said Polke. “That means they not only have skin in the game, but also the capability to apply learnings from their vast portfolio of companies to others.” With this mindset, tolingo and its investors went to work with a collaborative approach.

Developments were kept on track through quarterly board meetings and fortnightly calls with some of the VCs. In these meetings, tolingo and its investors engage in active discussion and exchange, then the tolingo team goes and innovates from the resulting ideas.

This setup not only helped tolingo avoid many mistakes in their first few years, but also afforded them some extra software engineering capacity.

“We have a handful of in-house developers,” tolingo CEO Jens Völkel explained. “We also work with engineers from our friendship pool through our investors when we don’t have the specialties or the time. VCs have a lot of connections to other companies — software and translation markets especially.”

tolingo made a strategic change in direction in a few key areas, such as tech. The company recognized early on that clients have a variety of choices when it comes to third-party translation productivity (CAT) and management tools (TMS). The providers of these solutions also constantly manage, maintain, and update their services.

As a result, tolingo instead focused on being able to connect seamlessly to third-party, cloud-based services to cater to all the translation needs of the market quickly and flexibly. Many customers are already invested in their preferred translation tools of choice, so it is easier to integrate into their preferred systems.

“We invest less in proprietary technology but invest a lot into finished products available on the market and leverage excellent SaaS solutions for our CRM, CAT, and accounting processes,”  Völkel said. “We can connect those solutions seamlessly into our existing infrastructure…without having to do costly prop development.”

Next, tolingo followed through on other initiatives that resulted in positive outcomes, such as the deployment of Salesforce CRM.

The CRM made lead management more efficient and improved sales planning through better pipeline management, forecasting, and action planning. Its use as a Business Intelligence System and data warehouse enabled tolingo to map business processes more efficiently as well as segment its customer base. Furthermore, it offered a 360-degree view of the customer, real-time reporting and monitoring, and in-depth KPI control.

“We have happy customers dating back to 2008” — Jens Völkel, CEO, tolingo

Automation in workflows and marketing campaigns also helped significantly, not to mention the CRM can record any customer interactions from emails to calls. With the CRM, customers began to be managed over their entire lifetime, not on a single order basis anymore. Clients from attractive industries can now be identified, nurtured, and addressed over their lifecycle.

Clients could be segmented in many ways and cost and revenues could be attributed on an individual and aggregated basis. That thinking reduced customer acquisition cost from EUR 685 (USD 807) to EUR 544 (USD 642) per client, while order values increased by 70% within months.

“We have happy customers dating back to 2008”, Völkel said. “Not only has tolingo grown its client base by more than 400% over the past seven years, but the total spend and share-of-wallet with these clients has grown strongly.”

This helped steer the company towards rapid growth in recent years, as much as doubling sales without making major investments. Tech acquisitions optimized and automated business processes, which led to striking improvements:

Recognition followed the numbers: tolingo is now among the world’s 100 largest language services providers listed by Common Sense Advisory, and is continuously improving its position.

tolingo went from fledgling startup with an attractive premise to profitable, growing language service provider through all of these changes. Some aspects of the original business model stayed, however.

For example, the company is confident about its transparent pricing model. According to Völkel, “[Pricing is] one big point where we are different. We want to make the price transparent and this is big for customers. Potential customers can calculate their project.”

“We want to make the price transparent and this is big for customers” — Jens Völkel, CEO, tolingo

Compared to most LSPs that keep pricing under wraps, this might seem like a risky relic from their early days, but it’s “not even a concern,” Polke said. “When we invested, the idea was to open up the translation market through automation even for much larger customer groups. That hasn’t changed; this transparent pricing approach makes tolingo more accessible to leads. The pricing model works quite well for tolingo.”

Doubling Down on Client Focus

In terms of market geography, “85% of tolingo’s business is in Germany, Switzerland, and Austria,” Völkel said. The focus remains on strong growth in our home markets. This is why tolingo opened a second office in Stuttgart in 2015.

“Stuttgart is the heart of the German Mittelstand and we wanted to double down on our client focus”, Völkel said. And it worked out well: the Stuttgart team added a whole new dimension of client service for some of tolingo’s industry partners in the automotive and mechanical engineering industries.

According to Völkel, tolingo is determined “to increase the service level and number of enterprise clients. At the moment, we are able to engage in a lot more marketing campaigns. We are increasing working capital and cash flow, while investing in growth along different dimensions.”