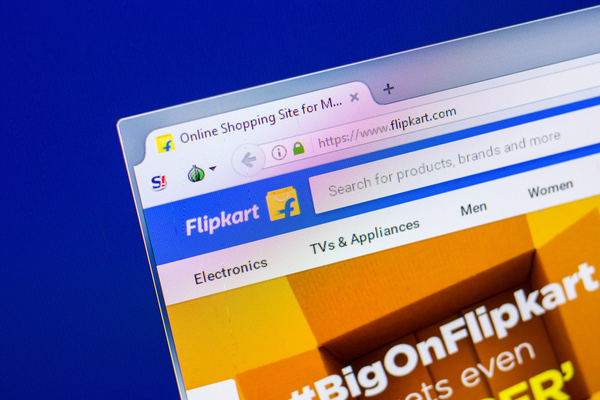 Liv.ai has developed speech recognition tech for nine Indian languages and English, and is reportedly attuned to picking up unique accents and reducing background noise (a major challenge in voice recognition).

This is Flipkart’s first acquisition after receiving a USD 16bn investment by Walmart, which made the US retail giant Flipkart’s largest shareholder. The deal closed in mid August 2018. According to Crunchbase, the company has 100 million users and has raised USD 7.27bn in funding across 18 rounds.

In a news article about the acquisition, Flipkart’s CEO, Kalyan Krishnamurthy, said “the next wave of growth of internet users is coming from tier 2+ cities and 70% of these current internet users are vernacular language speakers with this proportion only increasing.” He added that due to complexities in typing on vernacular keyboards, voice would become the preferred shopping interface.

News reports indicate that some parts of the Flipkart could offer voice integration in as early as six to eight months after the acquisition.

The Importance of Vernacular Languages

Slator first highlighted India as an emerging language services market in 2017. Interest in the region was further bolstered as a result of government initiatives mandating Indian phone manufacturers to support its numerous official languages, i.e. via vernacular keyboards.

Local languages featured prominently as a ubiquitous component in a May 2018 report on the digital trends shaping India by consulting and audit giant KPMG. One of the report’s key takeaways: the “Indian internet consumer” speaks more than one language, and demands content in their native tongue.

Reinforcing Krishnamurthy’s views on voice being a preferred interface for India’s growing digital user base, Google’s Public Policy Director, Chetan Krishnaswamy, said in a July 2018 symposium that “Hindi voice search is growing at 400% year on year (YoY). The consumption of local language is increasing.”

Google itself has been making some progress on creating “hyper-local” social networks in India, leveraging the importance of the vernacular language within these communities.

Both Flipkart and Amazon India have reportedly claimed that they are outpacing the other’s growth, though neither provided any concrete numbers. Flipkart’s push into AI-powered speech recognition is the start of yet another leg in the race between the two in a country with 1.35bn people, 80% of whom are not fluent in English.

Flipkart CTO Peeyush Ranjan said in a July 2016 interview that he does not believe Amazon Echo powered devices will work in India. “The problems that we see [in the U.S.] are not what we see in India,” he said. “The real challenge we’re going to have to solve is bigger than Alexa.”

“A.I.-wise, we want sentiment analysis and expression analysis,” he added.

Meanwhile, Amazon did recently patent a real-time accent translator, which detects the accent of a speaker and changes it for the listener. No word yet on whether the patent will become productized or be added to existing technology, much less if it will be useful in India.