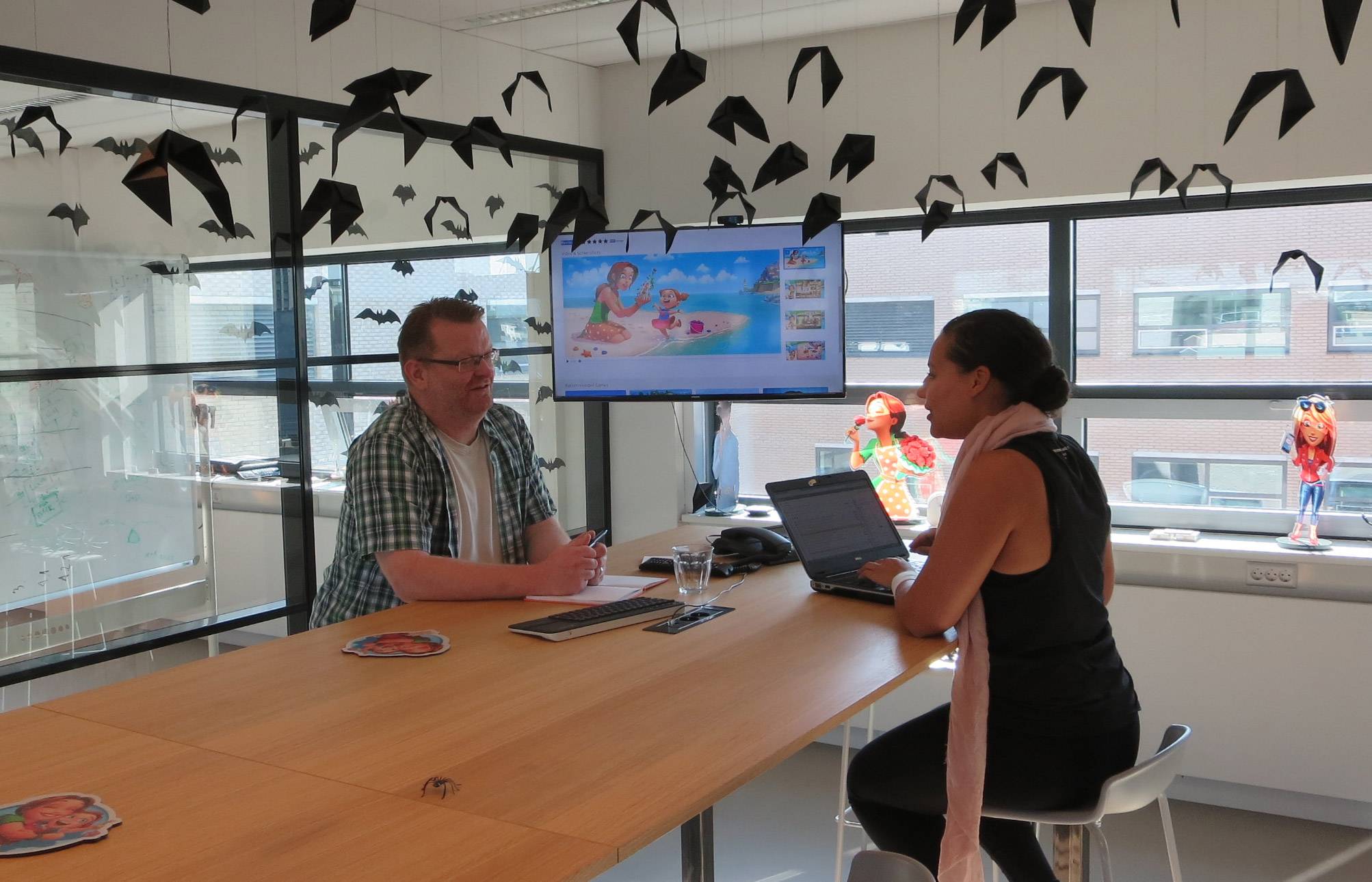 It may come as a surprise, says Tommy Nordkvist, that their localization team is “just four people on our payroll.” Nordkvist is the Translation Manager at GameHouse, a game developer that launched in 1991. GameHouse was acquired for USD 36m in 2014 by RealNetworks, which is listed on the Nasdaq and reported 2015 revenues of USD 125m.

GameHouse is responsible for such iconic titles as Collapse!, Feeding Frenzy, Campfire Legends and, more recently, the Delicious and Fabulous franchises.

The number of people who work in some localization capacity at the company come up to around 15, including the internal FQA (functionality quality assurance) and LQA (linguistic quality assurance) units that support Nordkvist’s team.

Nordkvist tells us they mainly outsource translation, transcreatíon, and so on to their “army of translators.” He adds GameHouse has a localization team “sitting partly” in three locations; Eindhoven in the south Netherlands, Utrecht in the central Netherlands, and the Spanish port city of Alicante.

He started his career in the industry as a coordinator of Nordic languages at a localization company and later became a quality assurance manager.

We spoke to Nordkvist about how they run translation and localization. He says although now large enough to do a lot of things internally, GameHouse still relies heavily on “a large number of high-quality freelance translators and great agencies to be able to publish the best products we can.”

Slator: What is a game developer’s biggest challenge in terms of meeting translation-localization requirements?

Nordkvist: I believe one of the biggest challenges between the production and localization teams is to understand the mutual terms of quality and schedule; to make sure the joint outcome is larger than the sum of its parts.

For example, localization relies on game design documents with a clear vision, as well as having access to allocated studio resources during localization. And from the production side, [they need] a complete overview of the progress as well as text changes. Resources and technology should support this, not be pivot points.

Slator: From which part of the business do the biggest translation volumes come from?

Nordkvist: Our 3P Zylom pipeline (Zylom was acquired by RealNetworks and folded into GameHouse; 3P refers to third-party games—Ed.) provides the largest volume closely followed by our franchise pipelines. We also have some smaller pipelines from our Customer Service and Marketing teams.

In regards to content, we generate the largest bulk [of translation volumes] from the touching storylines in our adventure games. Especially our own franchise games that have very elaborate stories developing between every single level. Those create plenty of volume for our translators. Based on their feedback, they all seem to enjoy it a lot, as much as our players.

Slator: What volumes do you pass on to your localization partners?

Nordkvist: GameHouse is now large enough to do everything internally: producing the bits, localizing them, publishing everything. However, we still heavily rely on a large number of high-quality freelance translators and great agencies to be able to publish the best products we can.

We recently turned away from the traditional MLV strategy, where all translations were outsourced to a single agency. Instead, we now work directly with freelance translators on crucial projects. That has decreased our TAT and increased the quality of the end-product and overall control. I believe the latest games in the Delicious and Fabulous franchise series prove that. Additionally, we enjoy working directly with creative people, creating strong bonds as we move forward.

Slator: Where specifically in your workflow do the bottlenecks lie?

Nordkvist: Over the last year, we’ve seen bottlenecks in our pipelines moving through our processes and appearing randomly. The most important thing about bottlenecks is to not to be afraid of them. Instead, add the necessary reporting tools and alarm mechanisms in the workflow, so you can tackle them quickly and in the best way. Last year, we experienced a build-up of work in LQA, but it was solved in less than a month by adding more temporary resources and reprioritizing tasks.

Slator: What translation technology does GameHouse use?

Nordkvist: For a very long period, GameHouse used scripts tailored to our needs. For example, we have a very powerful text extraction / insertion tool that provides full control of the various parts of the game texts that needs to be handled. Also, we accumulated 10 years of game translations in our game text database. Unfortunately, we didn’t manage to get the full potential out of it, so we recently acquired some Memsource licenses to help us maximize efficiency and minimize cost and wasted effort.

Last year, we experienced a build-up of work in LQA, but it was solved by adding more temporary resources and reprioritizing tasks

Slator: How has technology factored into your production strategy?

Nordkvist: I can share a very recent example that actually hasn’t even been deployed yet. We’re setting up automated widgets to provide our in-house teams with quick and fully automated translation services; which will, for instance, help our Customer Service team provide helpful answers to technical issues, translated in low-volume languages they don’t cover. Seeing the current process, we’re already sure this implementation will save us all sorts of time and effort, so we can focus on more fun tasks.

Slator: What gaming trends do you foresee driving the need for translation in the near term?

Nordkvist: More countries are now getting access to mobile platforms. Creating new processes and tools to support these markets and understanding new languages and cultures will be crucial.

Image: GameHouse Translation Manager Tommy Nordkvist with colleague, Email Marketeer Eileen Chin-A-Kwie, at the company’s “batcave”; the decor from last Halloween was so popular, they kept it.