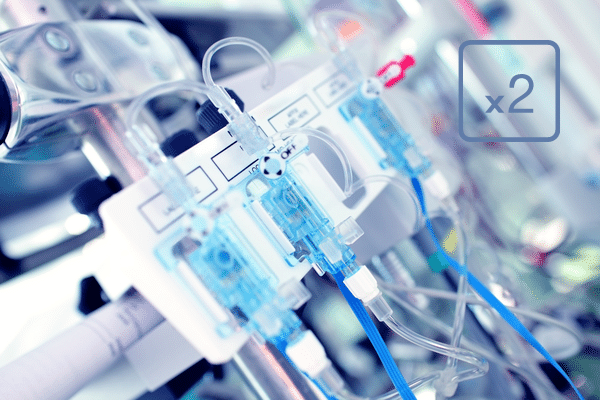 The deal marks Welocalize’s 19th acquisition to date; their third in the life sciences vertical. Welocalize CEO and Founder Smith Yewell told Slator in a phone interview the acquisition will see Welocalize expand its life sciences business to around USD 50m annually, roughly half coming from newly-acquired NLG.

Yewell declined to share the financial terms of the deal but said NLG’s co-owners, Kostas Kravvas and Michael Oettli, have rolled some of their equity into Welocalize. Both are staying on post-acquisition; Kravvas based in Greece and Oettli in Germany.

On a geographic basis, Yewell said NLG’s clients will benefit from Welocalize’s footprint in Asia, while Welocalize will gain access to NLG’s operational hub in Greece, along with its strong local talent pool.

Technology-wise, NLG has a client review portal, which enables clients to interact with the final product in context. Welocalize, meanwhile, runs on Workday and Microsoft 365, both of which are integrated with Welocalize Pantheon, the LSP’s proprietary translation management system (TMS).

NLG will be migrated to Pantheon and move away from its current TMS, Plunet, according to Yewell.

NLG has a focus on medical devices and will eventually be rebranded to Welocalize Life Sciences, which primarily works with pharma companies and contract research organizations (CROs). NLG’s portfolio also includes IP customers, mainly within biotech, and will complement Welocalize’s existing IP business.

Yewell said Welocalize’s life sciences revenues grew more than 20% during Covid-19. Following the NLG deal, the LSP’s presence in life sciences is now at a global scale, and both NLG and Welocalize are ahead of plans for 2021, the CEO told Slator.

In the clinical space, we asked Yewell about potential direct competition from CROs. CROs are the life sciences sector’s middlemen and provide a plethora of outsourced services to clinical trial sponsors and pharma companies directly. He said Welocalize has not seen any of its major CRO clients building their own internal translation teams just yet.

Discussing the company’s expertise and performance across other key verticals, Yewell said Welocalize is very strong in the data-for-AI niche and that the technology business continued to perform strongly during Covid-19.

IP is also growing, driven by companies’ need to protect their intellectual property on a global level, he said, and Welocalize is still looking to acquire within the digital market.

Meanwhile, Welocalize has been exploring captioning and subtitling as a line of business for a long time. Although the sector is interesting from a growth perspective, according to Yewell, they do not currently see themselves as experts in media localization and want to proceed very carefully.

Explaining why the language industry fared relatively well during Covid-19, Yewell recalled the industry’s “recession-proof” track record — from riding out the dot-com bust strongly and remaining stable amid the 2008 global economic crisis, to performing slightly better than stable during Covid-19. He also characterized localization as a “keep-the-lights-on” industry that facilitates essential communication between companies and their end customers.

Half of the Welocalize leadership team entered their roles through acquisitions, the CEO said. With a prolific history of dealmaking, the NLG deal was the first time the company ran an M&A process 100% virtually without meeting the company’s founders or owners face to face. (But they made sure to raise a celebratory toast with the owners’ families over video.)

With Welocalize planning to continue to drive consolidation, Yewell shared his take on the current levels of M&A activity in the language industry saying, “I have not seen a year with this much in the market as [there is] right now.”

He credited the M&A boom to a wave of maturing private equity investments and the fact that some founders of 20-year-old-plus LSPs are looking to sell. Yewell also pointed out that Super Agencies have substantial financial firepower, and acquisitions can be funded at very attractive rates since debt capital is extremely cheap at the moment.