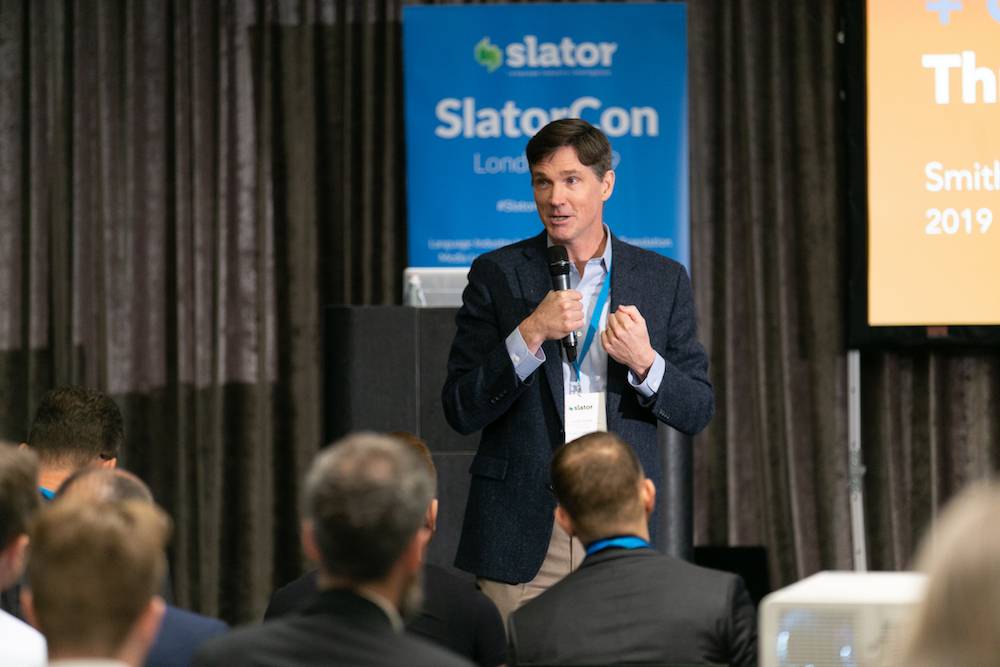 Welocalize’s Smith Yewell was in the final stages of closing an acquisition when he stepped onstage at SlatorCon London on May 16 to talk about, well, mergers and acquisitions (M&A). Yewell, CEO of one of the five language industry Super Agencies, doubled down on his bet on a convergence of digital marketing and localization services by buying UK-based company Search Star, a digital agency focused on digital media buying (PPC, paid search). According to regulatory filings, the transaction closed on May 23, 2019.

The Search Star acquisition comes a bit more than three years after Welocalize bought London-based digital marketing agency Adapt Worldwide. While the co-founders of Adapt are no longer with Welocalize, Yewell told Slator in a phone interview that he had engaged one of the co-founders to help source potential acquisitions in the digital marketing space, which now resulted in the Search Star deal.

Founded in 2005, Search Star was majority owned by Dan Fallon and is headquartered in Bath (UK). The company employs around 50 full-time staff, roughly half of them Account Executives. Fallon will stay on and continue to lead the business.

Yewell declined to comment on financials, such as purchase price or Search Star’s revenues. According to regulatory filings, however, the company generated a healthy annual profit of nearly GBP 0.9m (USD 1.1m) in the financial year ending August 31, 2018 on revenues of less than GBP 10m. (Companies with revenues below GBP 10.2m qualify for submission of a limited set of accounts and Search Star submitted abbreviated accounts.)

Unlike Search Star, Adapt has had a limited experience in so-called programmatic ad buying, which refers to the use of automated software to purchase digital advertising on platforms such as Google and Facebook.

Yewell said Welocalize’s heritage in language and localization programs benefits Adapt and Search Star because they can tap into vast language data sets and thousands of resources worldwide to drive content visibility and campaign conversion, as well as provide data-driven feedback in all languages.

Does this second acquisition in the digital marketing space mean that Welocalize is no longer pursuing deals in the core translation and localization space? No, said Yewell.

“Our M&A strategy is still around geography, expertise, and market sectors,” the Welocalize CEO said, adding that he is still looking at the traditional localization industry or verticals such as IP.