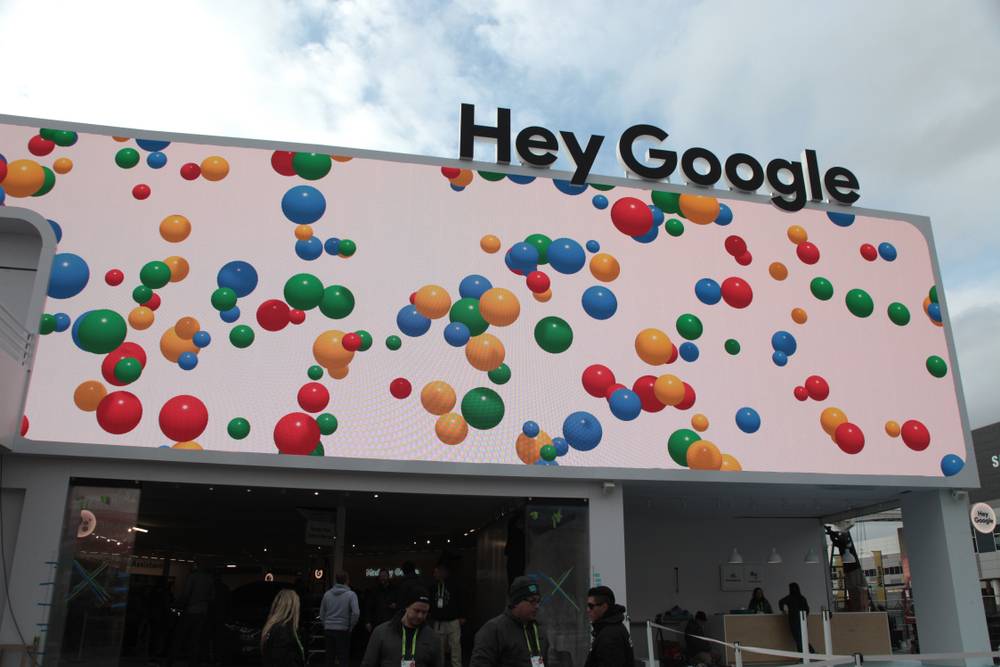 The Consumer Electronics Show (CES) 2019 is taking place in Las Vegas from January 6 through 11. With machine translation’s relentless progress and productization, consumer applications and gadgets featuring translation and interpretation capabilities were bound to make an appearance in America’s gambling capital.

Translation earpieces: a timeless classic where science fiction meets technological reality meets actual use case. Timekettle’s WT2 Plus, a wireless translation earpiece powered by Google and Microsoft technology, was on show during the event. The device connects to iPhone or Android devices via Bluetooth to translate up to 15 seconds of speech at a time with around five seconds of delay to process the translation, supposedly allowing two people (with an earpiece each) to converse in 21 different languages.

Timekettle claims that the translation device is 95% accurate, though given state-of-the-art in neural machine translation (NMT), plus other factors such as environmental noise and speaker accents, such claims have to be taken with the customary pinch (or pound) of salt.

Timekettle funded the development of the WT2 Plus via Kickstarter, where 1,640 backers pledged a total of USD 0.28m to the project, exceeding the project goal of USD 50,000 more than five times over.

The Pilot translation earpiece from Waverly Labs, first launched in June 2017, also made it to CES 2019. Having accumulated USD 5 million in pre-orders in 2017, Waverly Labs sought out investor attention and pitched during the ShowStoppers LAUNCHIT official competition for startup exhibitors in Eureka Park, the startup showcase at CES that features over 1,400 companies. The Pilot made it to the top 12 finalists.

The Pilot is an earpiece connected to a smartphone app that allows multilingual interpretation and conversation across 15 languages and 42 dialects with proprietary NMT technology.

Waverly Labs thankfully did not put a number on the device’s translation accuracy, opting instead to say in their press kit that the technology “is subjective to several elements… In general, the more people use the technology, the better it gets.”

Like Timekettle, Waverly Labs relied on crowdfunding to jumpstart the Pilot, with an Indiegogo campaign in 2016 that raised USD 4.42m, which was 3180% above target.

Another translator gadget in attendance at CES 2019 is Fonebud’s Mobile Sharing Assistant (MSA). The device is basically a power bank and mobile WiFi hotspot in one, with language translation as an additional feature.

And finally, thanks to Google Assistant technology, the Livio AI smartphone-connected hearing aid is also a makeshift translation earpiece for 27 languages. Of course, this is just an additional feature for the hearing aid.

Along with a few other announcements concerning new features and integrations, Google also showcased how Google Assistant can now also act as a consecutive interpreter for 27 languages for simple conversations. Interpretation Mode is meant for interactions like checking into a hotel in a different country, for instance—and this is indeed the direction Google wants to take it first.

If this sounds familiar, a previous story in November 2018 covered South Korean telecom giant KT Corp’s KT GiGA Genie, an AI-powered voice assistant that responds to commands in English and Korean, doing much of the same thing for a pilot in hotels in South Korea.

A spokesperson for KT Corp said “the biggest difficulty has been acquiring sufficient data on languages,” so it remains to be seen if and when Google will be feeling the same data crunch.

Google Assistant’s Interpreter Mode will not be coming to smartphones anytime soon, however, which some outlets point out is its biggest caveat.

Chinese companies were laying low during CES 2019 but that did not stop iFLYTEK, a Chinese speech recognition company, from being present with the updated iFLYTEK Translator 2.0, which they announced together with other updated product lines.

Alibaba also tweeted about their showcase displays at the event, which let people try out real-time video conference translation.

All in all, there was little groundbreakingly new from translation and interpretation technology during CES 2019. The most talked about development, Google’s new Interpretation Mode—and even the WT2 Plus and Pilot translation earpieces—are unlikely to impact the professional language services market (yet). Most applications are focused on letting people communicate in different languages in simple terms.

Still, as expected, mainstream coverage and social media have been abuzz since the first day of CES 2019. Google, in particular, received warm coverage, with mainstream media calling Interpreter Mode everything from the more toned down “smart move” against Amazon to the hyperbolic “world-changing,” though some did temper expectations with reality by flatly reporting that “it’s not magic.”

This extended into social media, with tweets highlighting Google’s Interpretation Mode as “very promising” and an example of “how Google continues to innovate in the technology-based translation field.”

Positive reactions are all well and good, but exaggeration tends to add to the problem of translation gadgets overpromising and then ultimately underdelivering.