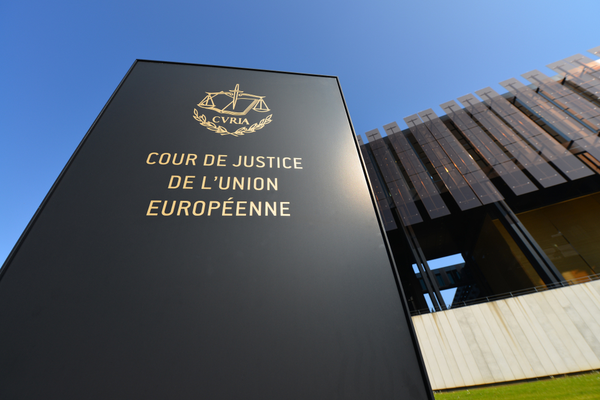 It is a career that marries two very diverse and indubitably challenging professions. Add to that a workload that is both heavy and unpredictable (extending to the weekends on occasion), and you have a career that a select few have decided to embark upon; that of lawyer-linguist at the European Union.

“Legal translation is an integral part of the proceedings at the Court of Justice: on the one hand, through their work, the lawyer-linguists enable the Court to understand all the necessary procedural documents, and on the other hand, they make the case law accessible to citizens,” one such lawyer-linguist told Slator.

Asked for specific instances when their work proved critical to a major policy decision or political event that resonated with the public, the same source cited two instances. First, the ruling on the consequences of the notification by a Member State of its intention to withdraw from the European Union (C-621/18). “These documents were urgently translated and paved the way for the United Kingdom for revocation of the notification under Article 50 of the Treaty on the European Union, which in fact never occurred,” the EU lawyer-linguist said.

Second is a currently pending case that has to do with the imposition of record fines. As the same source pointed out, “The cases where the General Court rules on fines imposed by the European Commission on large undertakings sometimes receive great resonance. A case is pending where the General Court is called to consider the action for annulment of the record fine of more than EUR 4 billion imposed by the European Commission on an undertaking within the information and communication technology sector for the abuse of its dominant position.”

A Day in the Life

The same source added, “A typical day is also likely to involve some contact with other services of the Court, most often with the Judges’ Chambers, for example, in order to clarify an issue that has arisen in the translation of a judgment originating in the relevant Chambers.”

Lawyer-linguists are expected to translate into the language of their law studies, of which they have perfect command, from at least two other official languages.

And there are other responsibilities on top of the lawyer-linguist’s usual workload: Delivering training, attending the workshop of another language unit on a point of national law, and participating in working groups on, say, legal terminology or translation productivity (CAT) tools.

Lawyer-linguists may also need to travel to another EU institution to undergo training or attend a conference on a relevant topic; or to their Member State for the purpose of extending the network of freelancers and the quality of their translations.

“All lawyer-linguists of the Court must have a law degree. There are no exceptions,” the lawyer-linguist told Slator, adding that they also need to satisfy the following conditions to work at the European Union Court of Justice:

“Although the work of lawyer-linguists is varied, the main part consists of managing a wide portfolio of translation and revision tasks with stringent deadlines and frequent interruptions due to emergencies or unexpected constraints; thus rendering the workload not only very high but also partly unpredictable,” the source said.

The same lawyer-linguist pointed out, “It is, therefore, expected that they periodically work long hours or even weekends when necessary. For instance, delivery of judgments is announced weeks or months in advance and, whatever the circumstances, the translation must be at hand, at least in the language of the case, otherwise it cannot be signed and delivered at a public hearing.”