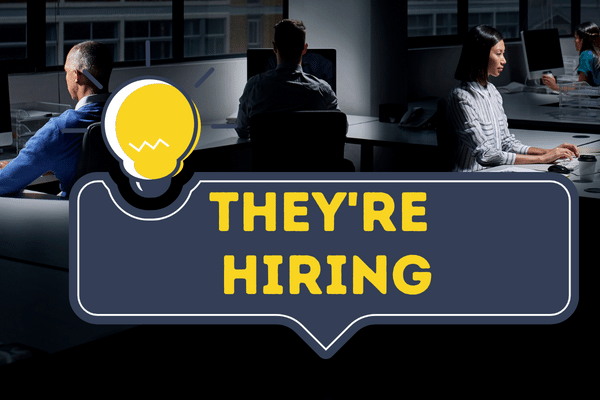 However, as the same article pointed out, more traditional roles at various companies also need to be filled. So what skills are perceived to be the most important for these language-related positions?

As pointed out in a 2021 paper by the European Union’s Upskills project, core discipline knowledge, intercultural awareness, interpersonal and entrepreneurial skills, technical skills, data skills, and research skills are among the most important skill clusters for language specialists.

To identify some of the skills translators need to remain competitive in the market, we collected and analyzed job ads for in-house translator roles published on company websites, general-purpose job platforms, as well as web pages dedicated to language professionals. The analysis focused on “buy-side” companies and excluded ads posted by language service providers.

Translator (Mandarin). For S&P Global Market Intelligence, a world-leading provider of financial information services, besides core disciplinary, intrapersonal, interpersonal, and research skills, the ideal candidate should also have experience with automation and MT.

More specifically, the candidate should be able to ideate and execute process improvement and automation projects, as well as participate in testing new tools and applications, among other skills. Knowledge of SQL, Python, and VBA Macro would be considered a plus.

A 2021 poll revealed that nearly 45% of Slator readers think a computer-programming module is absolutely necessary for translators, while 38% said Python is nice to have.

Content Translator (Danish or Norwegian). Aside from the core discipline, for IT company Infosys BPM, experience with HTML is a prerequisite for the position. Applicants should also have an in-depth understanding of content management systems (CMSs) and should help define — and continue to refine the workflow within the CMS, while also implementing search engine optimization (SEO) recommendations.

As Susanna Fiorini, Translation, Localization, Global Communication Consultant, explained in a 2019 blog post in the Women in Localization website, “Linguists are the ones who can identify the most suitable keywords and metadata for website content in order to increase traffic and brand awareness.”

In addition, applicants should have an interest in data and making data-driven decisions aside from having an entrepreneurial mindset.

Junior Translator (French and Dutch). Strong attention to SEO is a must for the fashion retail company, C&A. According to their job advertisement, on top of translation skills, the ideal candidate should also be able to do copywriting.

Transcreation and copywriting are valuable skills for today’s translator. Wrote Fiorini in the aforementioned blog post, “To stand out from the crowd, each company speaks a specific and personalized brand language that must be originally shaped […] in all target languages.”

A translator working for C&A will oversee creative content development. Thus, knowledge of content-creation tools, such as Figma, would be beneficial, as would an interest in existing and emerging social media platforms.

Content Translator (German). For software development company, Odoo, besides core discipline, intrapersonal (i.e., adaptability and flexibility) and interpersonal skills (i.e., organization and sense of priority), a content translator should have an affinity for tech tools. More specifically, they should have a good knowledge of the translation management system Transifex, desktop publishing software Adobe InDesign, and online software development platform GitHub.

Translator (French). Linguists generally need to have a good working knowledge of computer-assisted translation (CAT) tools and translation management systems (TMSs). For instance, at Iqvia, a clinical research organization (aka contract research organizations or CRO). While prior experience as a translator with a translation and localization company is desirable yet not essential, experience with TMSs and CAT tools is a must.

As previously reported, a few CROs are increasingly building sizable, internal translation operations and the technology to support it.

The ideal candidate for this position should also have at least one year of experience in translating, reviewing, and editing life sciences content including clinical trial documents.

Translator-Editor (French). For Canadian financial services company, TMX Group, the knowledge of CAT tools (e.g., Memsource, GroupShare, LogiTerm) is a prerequisite, as is that of terminology tools. More specifically, translators will be required to perform terminological searches as well as develop and expand terminology databases, among other tasks.

Core-discipline knowledge, interpersonal and intrapersonal skills are also important, while a translation certification from a recognized professional association (e.g., OTTIAQ, ATIO) would be an asset.

Principal Translator (Dutch). For the European Central Bank, along with core-discipline knowledge, translators should also have experienced translating using CAT tools (i.e., Trados Studio and MultiTerm), and have an interest in MT.

As Rossana Villani, Head of the Language Services Division at the European Central Bank, wrote in a 2021 article, the translator profile at the bank “has evolved increasingly rapidly over the past years, […] but the real game changer in this transformation has been […] machine translation.”

Editor’s Note: Job ad references in this article are not linked as they typically have a short shelf life and will likely stop working soon.