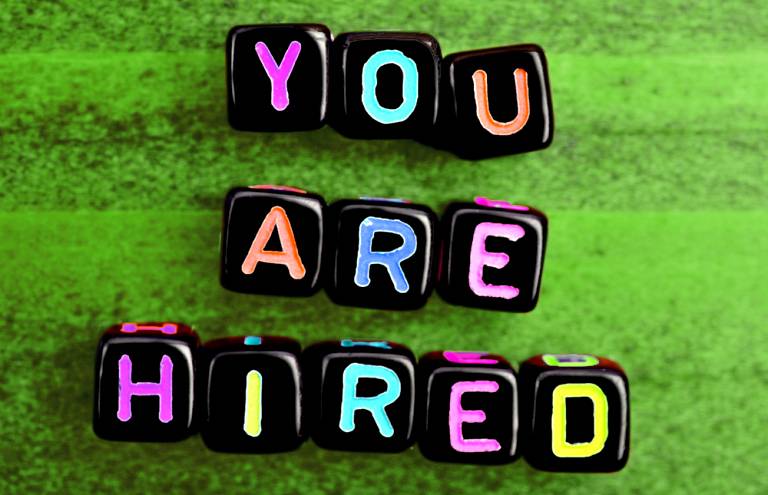 This week, we feature a couple of ladies in the language industry who have learned the power of networking and, for the former PM of the Dutch translation team for Fifty Shades of Grey, not being media-shy.

Meanwhile, another recent appointee parlayed a lifelong passion for video games into a career, while yet another, despite her initial hesitation, found the dynamism of the industry exactly to her liking.

Vistatec appointed Michele Smith Senior Vice President of New Business Development, Worldwide from April 16, 2016. Based in Los Angeles, Smith told Slator she travels extensively given the scope of her role: managing a global team, which includes a number of US-based directors of sales and senior executives, her remit extending to the Vistatec global solutions architecture team as well as salespeople around the world.

Smith reports to Vistatec CEO Thomas Murray. Prior to her new role, Smith was the company’s Director of Travel and Hospitality. Her scope will now also include the Technology, Manufacturing, and Life Sciences sectors, although she said, “I will always remain closely linked to the Travel and Hospitality Sector in my new capacity.”

She first came to join Vistatec through a friend who works there. Today, Smith continues to benefit from what she calls “the power of networking” calling it “one of the best ways of gaining new business.”

“Ultimately my personal goal is to be CEO of a company,” Smith told Slator. To strike a work-life balance, she does yoga and is also “a bit of a foodie,” who loves to cook, try new restaurants and “the occasional new wine.”

Smith admits to having wanderlust and finds her inspiration from her travels and meeting new, interesting people. She added, “I just need to master the art of beating jetlag!”

Communicating with Slator, Gine said he has been in the language industry for over 25 years, “since I started doing translations while in university.” He has also served as Divisional Director at SDL reporting to the CEO/COO, and was “part of the executive team that IPO’d the company in 1999.”

He joined Electronic Arts (EA) in September 2000, staying there for 15 years and becoming VP of International Development Services until his departure in October 2015. “I love videogames and feel incredibly fortunate to be part of the industry,” Gine told Slator.

Asked if any teachable moment stands out in his career, he replied “I guess the realization a decade ago during a particular complex project.” They were building a 400-people-strong development services studio for EA, and Gine realized “in a development services industry, your most valuable currency is the people you work with; and teamwork is not just an option, it’s the only way to go.”

In his new role, Gine will lead a global team of producers and be the client’s voice within the organization. He will also guide the integration of Synthesis into the Keywords Group.

Pepitone disclosed to Slator that she had just finished setting up their new translation feature. “It went live a couple of weeks ago. Once it grows big enough, we’ll start hiring account managers to report in to me,” she said.

She was once a translation project manager in the Netherlands for almost six years, Pepitone said. “I enjoyed it very much, but when I moved to Boston, I wanted to find a way to combine linguistics and technology.”

She loves “connecting cultures and the human element in language,” she explained, pointing out that since technology now has a greater impact, “I am inspired by the challenge to keep the industry efficient but ‘human’ at the same time.” She had seen WriterAccess doing just that for freelance writers and editors, and “got excited when they told me they wanted to expand into translation.”

Pepitone, whose mother tongue is Dutch, recalled, “I taught myself English at a young age by watching MTV, before it had subtitles, and translating song lyrics.”

She is now fluent in English and speaks intermediary German. ”I lived on the German border for 10 years and I want to take lessons to become fluent.” she said, adding that “My French is elementary, because I haven’t used it much.”

She recalled, “Reporters approached me for interviews and I was on the radio, but I felt awkward because I didn’t want to be associated with the book too much.” Besides, Pepitone said, she “had only assembled and supervised the team of translators who had done the ‘actual’ job of translating.”

Although she was “very hesitant” to respond to media requests back then, today, she would be “much more open and welcoming, seizing it as a PR opportunity for my company.”

Serbian translation agency Eurotranslate recently appointed Dragana Vujisić their Head of Office for Belgrade. She told Slator the Belgrade office was established in July 2006 and they celebrate their 10th anniversary this year. Vujisić reports to CEO Tina Žučko.

She admitted she was initially uncertain about which career path to take just like many graduates of language degree courses. So “she taught English for a couple of years at primary and secondary schools.”

“At some point, it became clear to me that lecturing was not my cup of tea, so I decided to switch industries,” she recalled. It was at this time that Eurotranslate had an opening for PM.

“It didn’t take me long to realize that this is what I wanted to do,” she said, adding she likes the “attention to detail and quick decision-making” required in the industry.