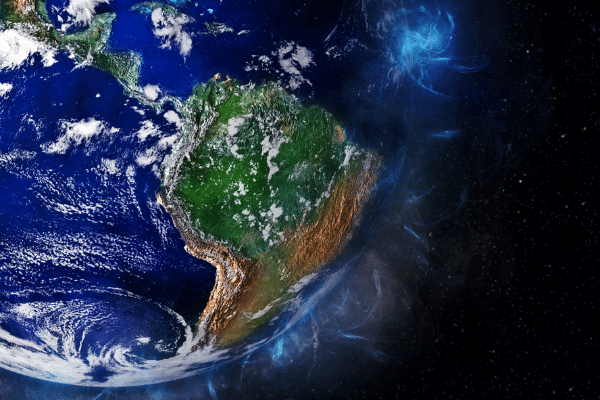 The laying of the groundwork for the Association of Language Services of Latin America and the Caribbean began in August 2020 as the world had started to emerge from lockdown. By September, the new organization announced that it was ready to accept members.

Going by the initials ASLALC (from its Spanish name, Asociación de Servicios Lingüísticos de América Latina y el Caribe), the group’s core purpose, according to a press statement, is to represent the interests of translation and localization companies across Latin America and the Caribbean (LAC).

Prior to ASLALC, there existed no international association to represent language service providers (LSPs) in the region — as ELIA does in Europe, for example — María José Alberto, President of Insight Language Solutions, told Slator.

“While LSPs in Argentina are represented by the Asociación Argentina de Servicios Lingüísticos (AASL), there were no such associations present in the other [LAC] countries,” said Alberto, who also heads AASL and from whom the idea to establish ASLALC first came.

Alberto and Charles Campbell, President of Translation Back Office, then began to talk about how this new umbrella organization for the LAC region could be the impetus for the formation of national associations as well.

There was certainly a need for it as LSPs the world over had to grapple with the effects of Covid-19. “LAC is by no means exempt from these headwinds,” Campbell pointed out, “and by working together in an association, we can elevate the standards and status of the industry on a regional level and learn from each other.”

Asked if any public sector initiatives have created any sort of impact on the LAC language market, Campbell replied: “Unfortunately, government initiatives have amounted to zero in LAC. The government is not a driver of demand for translation and interpreting in the region, as compared to Europe or North America. In fact, most LSP owners are of the view that government is a hindrance to progress and growth in LAC.”

As for the private sector, he said they are not aware of any initiatives of significant impact either way. Campbell said the LAC language market is generally “focused on international demand and a significant number of LSPs and linguists work ‘for export’ — especially in the larger cities of the region and particularly so in Argentina. B2B work has become increasingly prevalent in the last 20 years, but is by no means ubiquitous.”

“Linguists in [Latin America and the Caribbean] cover the widest spectrum of subject matter fields possible, due to the diversity of the LAC economy” — Charles Campbell, President, Translation Back Office

He further said that, while talent continues to be in high demand in the region, they had “a longstanding tradition” of training language professionals at university level and, therefore, “do not envisage resource shortages.”

According to Campbell, many LAC linguists are employed in-house, but “there is also a thriving freelance ecosystem involving those who work for LSPs (the majority) and others who work via marketplaces (a small, but growing, minority).”

In the larger cities (e.g., Buenos Aires, São Paulo, Bogota, Lima, Mexico City), it was more common for language professionals to work directly for clients, he said, adding, “Linguists in LAC cover the widest spectrum of subject matter fields possible, due to the diversity of the LAC economy.”

On the state of automation (i.e., machine translation) in the region’s language services industry, Campbell said it is “perhaps a few steps behind in LAC but is catching up fast, especially in Argentina and Brazil.”

So what’s next for ASLALC? Campbell said it includes “legally incorporating ASLALC — easier said than done in LAC — and organizing upcoming Zoom meetings to set the agenda. We hope to organize face-to-face get-togethers in 2021.” Partnerships with a number of international language industry organizations are also on the horizon.

At present, there are 55+ LSPs involved in ASLALC “and new members are joining daily,” Campbell said. “In our first Zoom call, we had over 27 participants from 9 countries participating. English was chosen as the ‘official language’ for these calls — at least for now.”