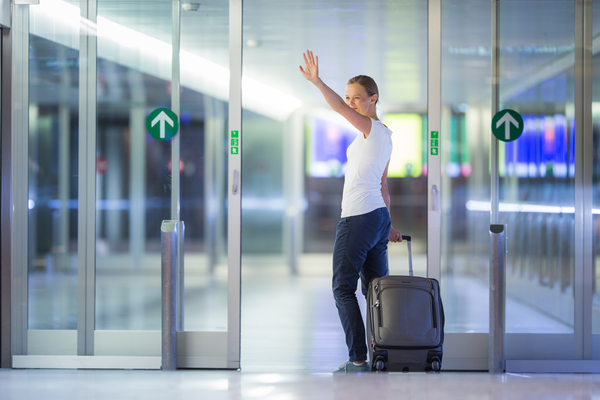 Working in a language service provider (LSP) can be an exciting and challenging place to be: managing complex projects, figuring out best workflows, delivering to demanding deadlines, working with teams of people from diverse cultural and linguistic backgrounds… But what motivates people who have studied languages and translation to leave behind a career in the language industry? And where are they now?

Slator conducted a number of interviews and spoke to individuals who had all worked for 3+ years in a sales or operational capacity within a language service provider in either France or the UK. All had studied languages and / or translation to degree or post-grad level.

Respondents revealed that they were originally attracted to the language industry for a variety of reasons, including the appeal of a “multicultural environment” coupled with a “passion for languages”, “the ability to be able to communicate without borders”, having the opportunity to use languages on a daily basis and “learning more about…the art of translation and culture surrounding the language.”

The aspects of their roles that they enjoyed most ranged from “the camaraderie and internationalism” to “client side, travel and coaching people” and the fact that “it was always busy and fast-paced which kept me on my toes.”

Asked what they liked about the companies (LSPs) they worked in, one respondent identified “the feel you were doing something important for large clients” and another said that she had worked in “a small company and became friends with colleagues”. Again, “international environment” and “international focus with different office locations” featured prominently.

On the benefits of the industry as a whole, one respondent said she “learned a lot about finance and legal, practicing at least two languages daily”. Innovation and technology also contributed to the appeal: “it is forever evolving and has an exciting future ahead,” one said, while another thought that “interesting technology advances” were a distinct positive.

So, despite the lure of an international and evolving market, where you can meet people and travel, what factors are leading individuals to leave the industry in favor of alternative careers? And what opportunities are they seeking out?

We asked respondents to describe their reasons for leaving the language industry in their own words. One person, who worked for six years in project management, said that it was “impossible to progress, [there was] no reward for going the extra mile, [and] no human contact”.

Another, who spent three years in the industry in a project management role echoed this sentiment, saying that “I found I’d reached a plateau, both in terms of pay and also in terms of what my job entailed (it became quite samey)”. She went on to say “I figured my skills could be transferred into another sector which could offer more variety and options for the future”.

60% of respondents cited lack of progression for the primary reason for leaving.

One individual saw few differentiating factors between LSPs saying “I felt that most LSPs were much of the same and there was little difference between being a project manager at any of them. I decided to leave to travel for a few months and didn’t feel like I wanted to return to the same career.” Yet another thought that “the progression was too slow. Individuals were being overloaded and therefore project standards were slipping.” One person identified a culture of blame in the company he left behind to pursue a teaching career.

Only one respondent gave reasons that were uniquely “pull factors” and said that she had left “to pursue other avenues in a different field and focus on the transferable skills gained during my time at the various LSPs, notably, leadership and coaching” after 13 years in the industry.

When pressed, 60% of respondents cited lack of progression for the primary reason for leaving, with comments including “impossible to progress”, no “options for career progression” and “being overlooked for promotion”.

Stepping Stone to Another Career

A few interview questions centered on the respondents’ experience of pursuing a new career – how easy did they find it to secure a new role and how had working the language industry prepared them for a new line of work.

Most (80%) felt that the skills they had acquired were relevant to other industries. And the respondents had moved into a variety of roles and industries, from HR and Recruitment to Wine Buying, Events Coordination for a cloud networking company, Supply / Logistics, Marketing and Teaching.

Most found it “quick”, “easy” or “relatively easy” to find a new role, suggesting that language industry leavers are in high demand across a wide range of industries.

Most (80%) do not regret the decision to leave, while 20% are unsure (perhaps because it is still early days), but none are openly dissatisfied with their choice to pursue a different career. Similarly, none could foresee returning to the industry out of choice, e.g. “I hope it does not happen, but if it does, it will be for a short time as I am not willing to stay in this industry.”

The exception to this seemed to be the possibility of returning in the capacity of a freelance linguist: “The flexibility of being a freelance translator might tempt me at some point in the future. (I still do some freelance translating on the side of my current job)” and “If there was a feasible option of getting into interpreting I’d also be tempted.”

What Can We Do Better?

In a tick box question, respondents selected the factors that would have led them to stay in the language industry. A more interesting role and better long-term career opportunities topped the list, with more money, and better progression, management and work-life balance also emerging as possible difference-makers.

Of the respondents who said that there was something their company could have done to retain them (60%), all said it would have involved better career developments or pay.

Things that people hoped to change about the industry at large included:

As the industry matures with a wider breadth of job roles and shows healthy levels of employment globally, companies must pay attention not to lose key talent to competing industries. Some might argue that LSPs are necessarily bottom heavy and that attrition among the more junior levels of project managers and sales employees is to be expected as it is not possible for everyone to progress. But turnover of staff carries a huge cost – not least for training, recruitment and extra overtime – one that can be driven down by heeding advice and implementing good people management strategies.

Register now for SlatorCon San Francisco, where Lupe Gervas, Global Manager – Content Operations and Product Support for Facebook, is going to discuss how why is it sometimes so hard to get into the localization field and why is it so difficult to move horizontally to other industries.