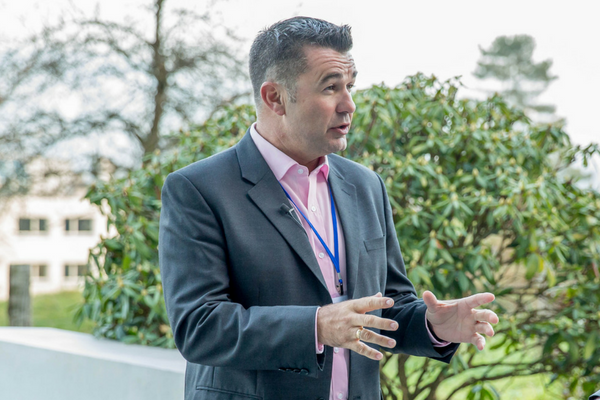 M&A activity in the language industry has been strong for years, and is accelerating heading into the second half of 2018. However, it is not every day that a diversified player ranked in the global top 20 language service providers is put up for sale.

After a disappointing performance following its spin-off from RR Donnelley in late 2016, New York-listed Donnelley Financial (DFIN) was under pressure from shareholders to “unlock value”. In response, the company decided to sell its language services and technology business, Donnelley Language Solutions (DLS).

After a competitive process, UK-listed language services and technology provider SDL emerged as the buyer, paying USD 77.5m for DLS, which is equivalent to 1.1x 2017 revenues and 13.3x adjusted 2017 EBITDA. The revenue valuation is at the lower end of multiples Slator has tracked, whereas the EBITDA multiple is slightly above mid-range.

SDL investors appear to welcome the deal, with SDL shares up 15% since the deal was announced and despite a GBP 36m (USD 47m) new share placement to help finance the acquisition.

For years, SDL’s focus had been directed inward after a string of failed technology acquisitions left the company reeling and led to the departure of long-time CEO Mark Lancaster in 2015. After an extensive search, CEO Adolfo Hernandez was appointed in March 2016.

Hernandez disposed of three non-core businesses, changed SDL’s leadership team, and initiated a sweeping strategic review of the business. Early in his tenure, Hernandez was adamant that fixing things internally first would take precedence over growth by acquisition, telling Slator in a 2016 interview “What I am not going to do is to just botch execution and then try to cover it with M&A”.

Two years on and Hernandez again reaffirmed in phone interview with Slator that they “do not need M&A” but that “if we see a deal that makes financial sense and accelerates the strategy, we might look into it.” And, apparently, DLS ticked all those boxes.

“We didn’t need this deal”, Hernandez told Slator in the interview but stressed that “this deal is a fantastic strategy accelerator. I don’t have to change strategy. This slots right in the middle of the fairway of our strategy.”

“I don’t have to change strategy. This slots right in the middle of the fairway of our strategy” — Adolfo Hernandez, CEO, SDL

Hernandez’ strategy, which he has been consistent on, rests of four pillars: automate language services, shift the business as fast as possible to premium verticals, drive technology innovation, and increase what he calls “organizational agility”.

Asked about how the acquisition fit into that strategy, Hernandez cited DLS’ large client portfolio in regulated verticals, which “plays head on to pillar number two”. The deal also ticks the box of improving “organizational agility”, according to Hernandez, as it brings “more people on the ground, and it gives us a new sales team and new project management team.”

He also highlighted that DLS and its translation management system Multitrans bring some “proprietary workflows” in “regulated environments”.

Hernandez in no hurry

Merging and integrating two language service providers of the size and complexity of SDL and DLS will be a challenging undertaking. Hernandez is in no hurry. Asked if he plans to move DLS onto a common platform anytime soon, the CEO said “we are not going to be looking at changing or deploying tools like Helix [SDL’s productivity platform / initiative] to [DLS’] work initially. However, sometime [in 2018], we will work with them on deciding what is the best integration point, transition point, or migration point to bring everyone to a common operating platform.”

Asked what he intends to do with Multitrans, DLS’ translation management system, which competes with SDL products, Hernandez echoed this cautious approach, saying that “obviously, Multitrans has got some customers. We know how to manage a multiple product portfolio. […] So, I think over time we can see how we can converge to a new technology paradigm: for our TMS, GroupShare, WorldServer, and for MultiTrans. We don’t have any urgent plans. Customers are happy and there’s no need to distract anyone.”

While DLS brings some big global accounts like IQVIA (formerly Quintiles and IMH Health) in life sciences and Goldman Sachs in the financial industry, the company also services a long tail of medium to small-sized accounts (apparently over 1,800 customers in 2017).

So will Hernandez cull this sprawling client list and focus only on the bigger accounts with more margin potential? “No, I would never think about culling”, he says. “I think that’s not something I would ever consider. Instead, we’ll be asking ourselves: are we serving all customers through the right appropriate channel? And probably the answer is no.”

“Instead, we’ll be asking ourselves: are we serving all customers through the right appropriate channel? And probably the answer is no.”

Hernandez declined to quantify the impact that recent advances in neural machine translation (NMT) and the integration of NMT into the industry supply chain (e.g. SDL allowed DeepL to connect to Trados via API) are having on production costs and, eventually, customer pricing. “Productivity is good and automation is good, and this industry has a shortage of humans that handle this work well. So the part of what we’re trying to do through our technology innovation is to make humans as productive as possible”, the CEO said.

In terms of technology, SDL will be launching updates to its Trados and Tridion DX product lines in the coming weeks.

Finally, asked if the DLS deal implies SDL is now an active buyer in the market and if we can expect more deals in the short- to medium term, Hernandez cautioned that “the only thing I would infer is that this is a great accelerator of the strategy.”

That said, in buying Donnelley Language Solutions, SDL is giving its services business a major boost. The acquisition also puts SDL even more directly in competition with TransPerfect, Lionbridge, and RWS, as the four increasingly put significant distance between them and the rest of a still fragmented industry.

Adolfo Hernandez will be a speaker at SlatorCon San Francisco. Register now.