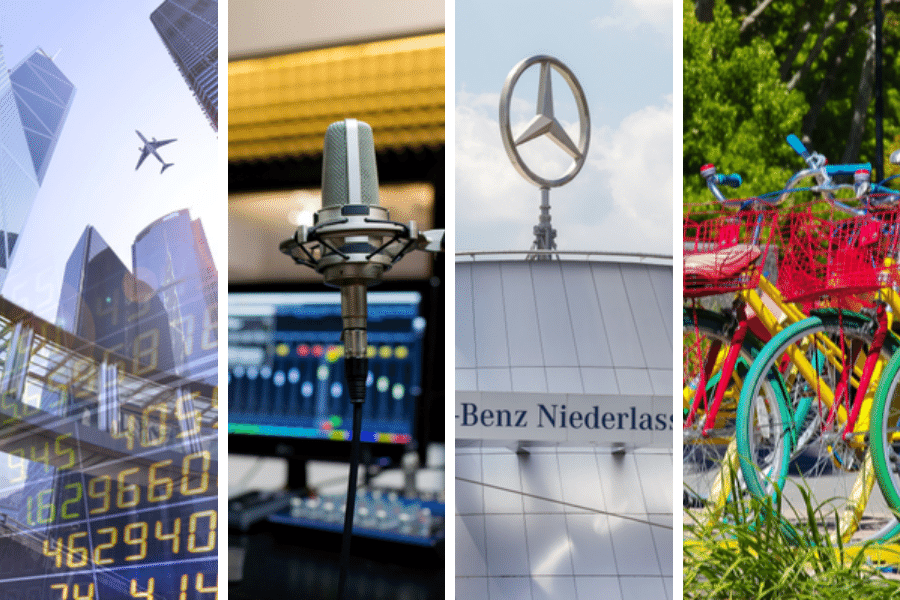 When it comes to accessing the biggest enterprise customers (the USD 5m+ global accounts), large language service providers (LSPs) have long held the advantage over boutique suppliers thanks to the coverage, scale, and infrastructure requirements that many large customers require. Size begets size.

Just as this large enterprise-customer segment is challenging for small, local LSPs to penetrate, there are pockets of demand for language services that lean toward a local, niche focus and sustain a healthy ecosystem of smaller vendors.

Around the world, there are hyper-local language services markets that are geographically-specific to the extent that they are very difficult for providers to break into without a local presence and relevant expertise.

In what follows, we highlight a number of markets that exhibit strong regional or country-specific characteristics. The list is by no means exhaustive, but should serve as a useful guide to management for potential strategic expansion.

Some of the analysis presented below was featured in Slator’s flagship 2020 Language Industry Market Report. In addition, the 54-page report features comprehensive market-size and buyer-segment analyses, sales and marketing insights, and language technology, a machine translation technology trend review, and much more.

Canada operates on a model of linguistic duality, which promotes equality of status for French and English within the bilingual country. In practical terms, this means that government, public-facing information, and much more need to be available in both languages.

The French spoken in Canada differs from European French; meaning that translators must, as a minimum, be native Canadian French speakers. Translation demand in the country is largely concentrated in the French-English language pair, which explains why the in-house model for translators is prevalent in Canada.

It is, therefore, generally challenging for LSPs without a presence in Canada, and without dedicated translators, to penetrate the market in any meaningful way.

Anyone who has looked into a public sector request for proposal (RFP) with any great depth will be well aware of the level of complexity associated with participating in an EU tender. Tender responses may stretch to hundreds of pages, in which suppliers are required to outline their services, technology and, in some cases, even provide the CVs of specific project managers, translators, and interpreters who would deliver the contract if awarded. In short, suppliers encounter a lot of paperwork.

This bureaucracy is intensified by the high fragmentation of demand at the buyer level. In many countries, RFPs are run on a regional or local basis, rather than on a national level. In some cases, the volumes to be contracted out by a specific buyer are so low that the value of a contract is less than the minimum threshold for being published publicly, further promoting fragmentation in the supplier landscape.

And, although there has been a trend toward aggregating demand at a national level in some countries, consolidation faces opposition and challenges in many territories.

Dubbing is very popular in parts of Europe, and is the preferred method for consuming foreign-language content in countries such as Germany, France, Spain, and Italy. Traditionally, dubbing is carried out in brick-and-mortar studios, where voice actors, engineers, and directors meet in person to produce local-language video content.

Large media localizers tend to have their own dubbing studios in the relevant territories, and many operate partnerships with third-party owned studios, or eventually acquire these studios to gain a stronger foothold within a dubbing-focused country. Nonetheless, there are lots of small dubbing studios across Europe, and the dubbing market remains highly fragmented.

There are also structural industry reasons as to why dubbing remains an onsite endeavor: voice-over talent can be actors and celebrities in their own right. Some demand hands-on management and the type of star treatment that cannot be delivered remotely.

Immigration Interpreting in the Nordics

Contributing to the fragmented and local nature of the European public sector is the fact that interpreting (rather than translation) has been traditionally delivered onsite.

Despite an increase in over-the-phone interpreting (OPI) and video remote interpreting (VRI) in Nordic countries, face-to-face interpreting is still the dominant mode of operation. Interpreters, therefore, need to be local to the site of the assignment, for both time and cost reasons.

When the migrant crisis hit in 2015, many countries in Europe were faced with unprecedented numbers of asylum seekers. From 2015–2016, Nordic countries were among the biggest spenders on asylum caseloads per citizen in Europe.

Arrival numbers have since stabilized and many migrants continue to reside in their host country. Many still use interpreting services in a public sector setting, and immigration remains one of the main drivers of public sector interpreting in countries that are not officially multilingual.

Public Sector Interpreting in the UK

The UK has one of the world’s most linguistically diverse populations and is one of the biggest buyers of public sector interpreting in Europe. The country’s procurement model for interpreting is more centralized at the national level than some European countries, although a portion of demand is administered at the local level.

With a nationally-run public health service (NHS), healthcare is one of the largest categories of public-sector spend on interpreting in the UK. Although OPI and VRI are on the rise in the country, interpreting is still typically conducted onsite, as elsewhere in Europe.

Translation services are an important component of a broader service offering that financial printing companies provide various stakeholders in Hong Kong’s busy capital markets. Regulators require documents, such as IPO listing prospectuses and annual reports, to be filed in both English and Chinese (in the traditional script used in Hong Kong).

The translation process has historically been managed without much technology, such as translation management and productivity tools, and involves heavy InDesign files and numerous rounds of manual mark-ups on, at times, scanned PDFs.

In Hong Kong, IPO translation is normally outsourced to financial service providers such as HeterMedia, which acquired a minority stake in TMS provider Wordbee in 2019. HeterMedia and similar companies provide a wider suite of regulatory services to financial institutions such as legal, printing, and filing services.

Considered to be a distinct and important economic unit, small and medium companies (SMEs) in Germany have even been granted their own collective noun, “Mittelstand.” A lot of the Mittelstand are industrial companies, such as manufacturing and engineering firms, which generate significant demand for the translation of technical documentation, or tech doc.

Though not limited to Germany, tech doc is a particularly local affair in the country, partly because the Mittelstand is self-protective and typically values locally-sourced service providers — which helps perpetuate the highly fragmented supplier landscape.

The localization market in Silicon Valley is hyper-localized in a similar way to Germany’s Mittelstand. Granted, Silicon Valley is a newer and wealthier ecosystem, the two are still comparable in that companies in the area also tend to prefer buying their goods and services locally to support the growth of the market.

A number of factors underpin the hyper-localized nature of the market in Silicon Valley. For example, networking is encouraged and expected and there is high collaboration among language industry participants. Relevant, too, is the fact that localization professionals move with relative ease between buy-side and supplier-side roles; which further promotes collaboration throughout the (local) localization supply chain.

There is also an expectation in Silicon Valley that existing market players have an exceptionally high degree of tech competency, something that localization buyers there value greatly. Put plainly, there is a natural bias toward suppliers that already operate in Silicon Valley, while those that do not are required to prove their tech credentials, if they even get the opportunity to do so.

Another contributing factor is the localization maturity of buyers in Silicon Valley. Since buyers there tend to have significant in-house technical and engineering capabilities, they are naturally more inclined than others to purchase translation technology (e.g., TMS) separately from services, and manage much of the localization process, excluding translation, internally.

As a result, there is an above-average tendency for Silicon Valley buyers to operate a direct-to-freelance model (plus TMS) as opposed to opting for end-to-end outsourcing.

Healthcare Interpreting in the US

Healthcare in the US is notoriously complex and the hybrid public-private nature of the US healthcare system brings its own specific regulatory challenges, which impact how and where interpreting is bought and supplied.

It is a massive market; one that Slator estimated to be USD 1.1bn in the Slator 2019 US Healthcare Interpreting Report. Much of this spend is from private companies as a result of the hybrid model for health insurance coverage in the US.

More so than in Europe, the US market benefits from large governmental and healthcare sector contracts and nationwide deals, allowing for greater consolidation of services across suppliers.

Additionally, high demand for Spanish interpreting means that some suppliers hire in-house Spanish interpreters, a phenomenon that is neither replicated to the same extent for other languages nor in other geographies.

Although OPI is quite widespread (meaning Spanish interpreters could, in theory, be based in Latin America), there is a general desire to procure interpreting services from within the country rather than from abroad.