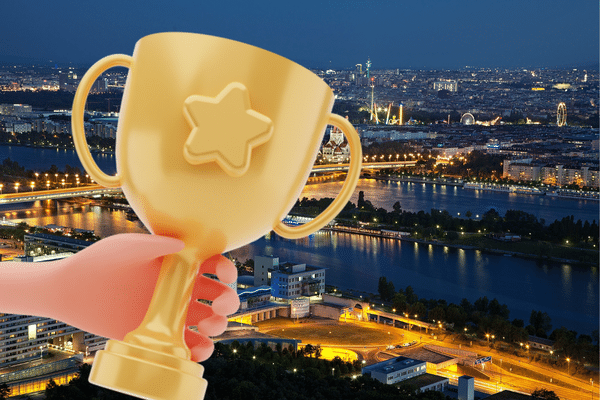 The European Society for Translation Studies (EST) has unveiled the winners of the EST Translation Prize for 2022.

Awarded biannually to the most deserving projects in translating key texts in translation studies, nominees are evaluated on the basis of their potential impact on the field, among others. The prize also includes research on interpreting and localization.

According to the EST, the impact can be on the translation from a minority language or a language of lesser diffusion into a majority language, or vice versa.

Oleksandr Kalnychenko, Associate Professor at V.N. Karazin Kharkiv National University, and Brian James Baer, Professor at Kent State University, were honored for their translation from Ukrainian into English of Oleksandr Finkel’s Teoriia i praktika perekladu (Theory and Practice of Translation).

The book was first published in 1929. As Elizaveta Vasserman, researcher at the University of Leeds, mentioned in her thesis, this “was the first book with the title containing ‘theory of translation’ in the Soviet Union and a significant contribution, specifically in relation to the issues of methods and principles of translation.”

Baer told Slator that Finkel’s book was “the first scholarly work to extend translation theory beyond literary and sacred texts to include what [the author] theorized as ‘non-literary prose.’”

“This laid the foundation for what would become ‘skopos’ theory and anticipated the turn toward scientific-technical translation in the Soviet Union during the 1930s,” he said.

But, Baer added, “because it was written in Ukrainian, Finkel’s seminal work underwent a double erasure — in the context of Soviet translatology and within Western histories of the field.”

Translation Studies have been criticized in the past for adopting an exclusively Western point of view. In a 2011 research paper, Baer observed how little attention was being paid in the West to the translation experiences and theoretical discourse in all of Central-Eastern and Eastern Europe in general.

Terje Loogus, Associate Professor at the University of Tartu, was awarded the prize for the translation from English into Estonian of the first volume of the Handbook of Translation Studies.

The Handbook of Translation Studies is “a seminal work in the discipline that is used at many universities with academic programs in translation studies,” Loogus told Slator.

The main argument and motivation for the Estonian language version is “the development and elaboration of the academic translation studies terminology in Estonian.”

“If this project is realized, it will mean a huge boost for the development of a specific and standardized Estonian terminology in translation studies, to be used in several MA and PhD programs in Estonia,” she concluded.

Chiara Bucaria, Associate Professor at the University of Bologna, was awarded the prize for the translation from English into Italian of Jeremy Munday, Sara Ramos Pinto, and Jacob Blaesley’s Introducing Translation Studies – Theories and Applications (5th ed).

The book is the definitive guide to theories and concepts in translation studies and has long been a textbook for the course globally.

Bucaria explained the rationale behind the translation thusly: “The main reason for proposing a translation of this new and updated edition lies in the considerable expansion and reworking that the content has undergone since its earlier versions”; which, she said, also reflect significant changes in the field over the last 20 years.

She added, “Ultimately, offering an updated version of this content in Italian to the Italian-speaking community of translation students, scholars, and practitioners is an issue of accessibility in the widest possible sense and would help this community thrive and increase their impact in the areas of research, teaching, and practice of translation and interpreting studies.”