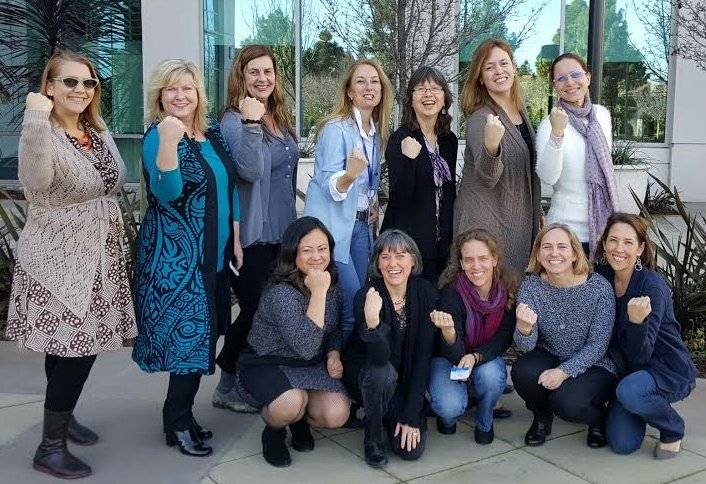 Taking over as WL chair is Eva Klaudinyova, who manages linguistic services for one of the largest Silicon Valley companies.

The new mission of WL, formulated at its strategy planning meeting in December 2015, revolves around what the group calls “three pillars”: the global community in the industry, the advancement of women, and the advancement of the localization profession.

Currently with 2,136 members worldwide, WL is growing fast, largely driven by word of mouth among its present membership and social media (e.g., press releases and events that drive through to social media and LinkedIn membership sign-ups).

Most members come from the US, particularly the Bay Area, the Pacific Northwest, and the Northeast. The second biggest membership area is Europe (UK, Ireland, Germany, Catalunya). The Japan chapter, albeit a year old, is running strong, and the China chapter opened in October 2015.

So rapidly has membership picked up that the group is “trying to slow the growth of new chapters a little to focus on deepening the activities within existing chapters,” said Klaudinyova.

WL rotates chairpersons annually. Slator reached out to Klaudinyova and fellow co-founders and former chairs Anna Schlegel of NetApp and Silvia Avary-Silveira of Juniper Networks, as well as board member Allison McDougall of Lionbridge.

According to Schlegel, Senior Director for Globalization and Information Engineering at California-based NetApp, when the three founders started the group in 2008, there were “very, very low numbers” for women in the technology space, which the group aims to change as one of their pillars.

Schlegel pointed out how men would “help each other out at the high levels”―not so for women as there are not that many. She discovered that a lot of colleagues had a similar need, a network that would address the underrepresentation of women in their industry and tackle gender-specific issues.

While the group was born out of lack of diversity in places like Silicon Valley, as well as fewer opportunities for advancement for women, WL’s aim has since evolved.

Chapter meetings consist of professional development support (e.g., peer mentoring, career development panels), among other things. It has also formalized its partnership with the upcoming Globalization and Localization Association (GALA) conference, where the group hosts its own track, branded and marketed as being run by WL; no longer an informal gathering of member delegates.

WL was represented in the GALA 2016 panel that reviewed proposals for speaking at the conference; according to the group a marked change from “three years ago, when it was harder to get a seat at the table.”

WL is unusual in that it has no membership dues. Instead, it seeks sponsors from both the buyer and vendor side for its events. It is open to all women in active roles in the localization industry. Given the origins of its founding chapter in the US, however, women working in the enterprise IT space are still in the majority.

WL does not impose limitations on its membership as to industry vertical, and new members from the hospitality, life sciences, and, in particular, from the vendor side have been joining in greater numbers recently. They are also starting to reach out more to women working in the more tech-centric areas of internationalization.

Asked the inevitable question about the role of men in WL, the group stressed that men are welcome and can come to any event, but the podium and all leadership positions are reserved for women.

Women who wish to open a new chapter should contact WL, after which the proposed chapter will be evaluated. It takes up to three months to get a chapter up and running. The minimum requirements for a chapter to be rolled out are: one group manager, two assistant managers, and 15 members already signed up.

Ultimately, the rationale behind such a group existing in the localization industry—as in any industry—echoes the rally-cry of the Anita Borg Institute, which the group referenced in their conversation with Slator: “We envision a future where the people who imagine and build technology mirror the people and societies they build it for.”

WL is currently working on achieving an official not-for-profit status in the US.