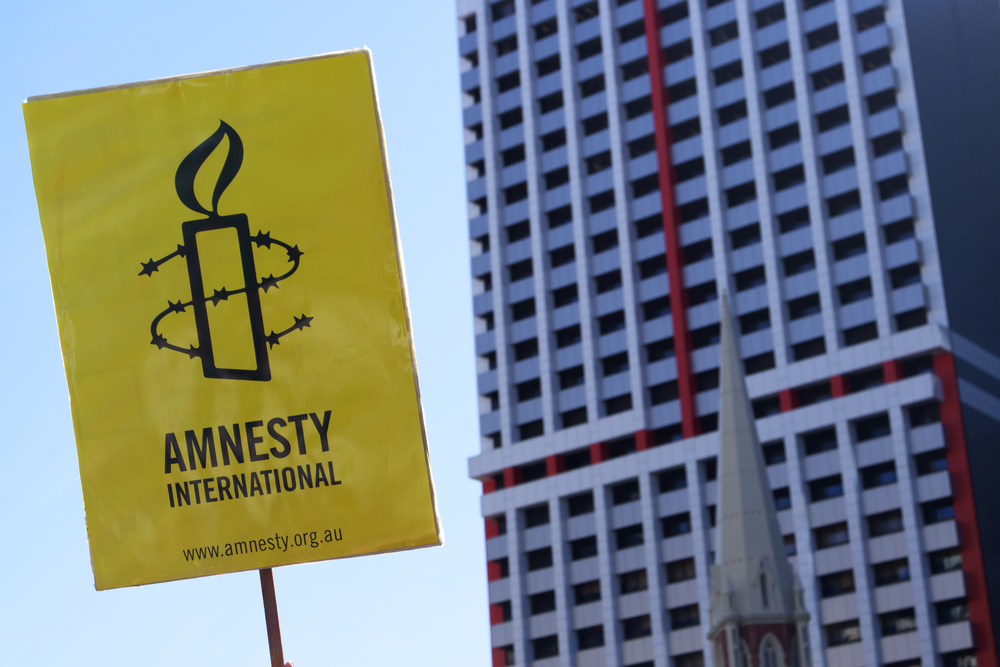 Formally launched in 2010, the LRC is a virtual network of language professionals from various locations around the globe. In 2015, the LRC coordinated the translation of some nine million words in total in the field of human rights, according to Lucio Bagnulo, Head of Translation at Amnesty International.

“Translation plays an all-important role in spreading Amnesty International’s message. Defending human rights is not a battle fought physically. Instead, it is a battle we at Amnesty fight with words and this is where the LRC comes in,” Bagnulo says.

“Translators, therefore, have one of the most essential roles in this entire organization”—Lucio Bagnulo

This year, Bagnulo says, the top language combinations are English-Spanish and English-French, each accounting for about 30% of total translated words. English into Arabic accounts for around 17% on average, and into-English translations, approximately 6%.

Like any organization focused on campaigning and activism, Amnesty produces internal and public-facing documents. Internal documents include reports about ongoing consultations, operational and strategic plans, and policy.

Public-facing documents are research-based documents, such as the Amnesty International Report (400-plus pages in 24 languages), thematic and country reports, magazines (e.g., Wire), manuals, press releases, calls for action, leaflets, posters, and so on.

Amnesty has also collaborated with fellow non-profits, who have relied on the LRC’s expert translation services for some of their publications.

Working on these documents are the LRC translation teams of different sizes operating out of various locations around the world. The center has a dozen in-house translators: five EN to FR based in Paris, four EN to ES in Madrid, two EN to AR in London and one in Beirut, one ES to EN in Mexico City, and one EN to ZHsi in Hong Kong. Some of these in-house translators have managed translation projects for the organization for over 15 years, says Bagnulo, and “act as gatekeepers for the quality of Amnesty’s translations.”

In addition to its in-house translators, Amnesty relies on freelance translators. It also maintains translation teams for other major languages such as German and Japanese, as well as “many other local sections that work in their local language,” deal with translation on a local level, make their own decisions, and provide for their own needs.

Bagnulo says most of their translation work is actually outsourced to freelance translators, some of whom have collaborated with the organization for many years.

Acting as “a single point of contact,” the LRC’s translation management system (TMS) routes translation service requests by the language. Bagnulo says their SDL TMS “allows for a centralized and single interface through which all translation requests coming from Amnesty’s teams can be channelled and managed by a network of LRC coordinators based in different locations.”

The LRC mainly uses two translator productivity tools (or CAT tools), SDL Trados Studio 2015 and Wordfast Pro 3. “The Wordfast user base is bigger when compared to that of SDL Trados Studio,” says Bagnulo, adding the latter is only used by the Spanish translation team.

Bagnulo points out that “terminology is of paramount importance for the work of Amnesty International and it has been the focus of considerable effort over the years.” The result of this special focus is a multilingual human rights terminology database called AI-Term, which has entries in 10 languages. He says AI-Term runs on terminology management software SDL MultiTerm.

He says they continue to explore “new potential translation software solutions, with due caution” (he mentions memoQ as an example) and machine translation (MT). Given the recent progress in MT systems, Bagnulo is convinced it can improve the capacity and productivity of their translation units.

Although, he says, many concerns come to mind: What types of Amnesty texts would be most suited to MT? What system would best integrate into Amnesty’s current translation reality to make sure quality is preserved? How would confidentiality be ensured? And so on.

“The nature of our work and our limited resources do not allow for much expenditure on this potential new venture,” Bagnulo says.

He adds that Amnesty will “be delighted to hear about collaboration opportunities with accredited translation universities, MT research groups, and translation associations” interested in helping the organization explore solutions, pro bono.

There is also the overarching linguistic challenge: the complexity and sensitivity of human rights language and field-terminology. Explains Bagnulo, “If not handled correctly, it may entail legal consequences and even risk the reputation of the organization. This is why it is crucial that we not only collaborate with experienced translators, but that we also rely on the support of colleagues who are field experts.”

He concludes, “Words are our peaceful weapons through which we carry Amnesty’s message to all countries of the world. Translators, therefore, have one of the most essential roles in this entire organization; without translation, Amnesty’s great message would not get very far!”