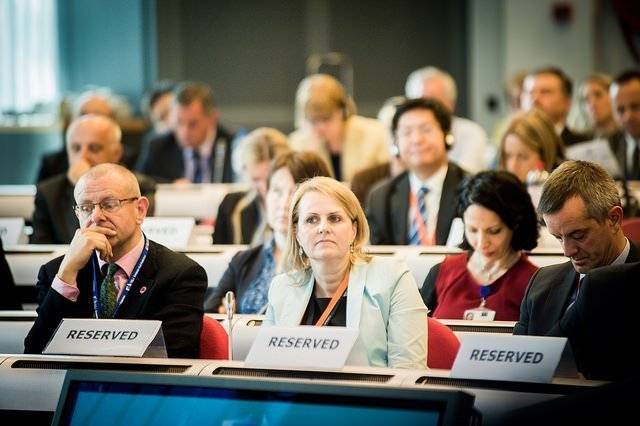 The European Commission announced on April 12, 2016 the appointment of Florika Fink-Hooijer as head of the Directorate General for Interpretation. She assumes her Director General post on June 1, 2016, replacing acting Director General Carlos Alegria. Previous Director General Marco Benedetti retired from the post some time ago.

As Director General of the European Commission’s Directorate General for Interpretation (DG Interpretation, also known by its former French initialization SCIC), Fink-Hooijer will lead the “largest interpreting service in the world,” with 560 interpreters on staff. The organization’s in-house interpreters are supplemented by over 3,000 freelance interpreters.

Within the EC framework, DG SCIC reports to the Vice President for Budget and Human Resources, Kristalina Georgieva. Fink-Hooijer once headed the Cabinet of Georgieva during her term as Commissioner for International Cooperation, Humanitarian Aid and Crisis Response.

Fink-Hooijer has worked at the European Commission since 1990 and has taken on different roles in her career with the EC. She is currently a director at the Directorate General for Humanitarian Aid and Civil Protection, a position she has held since 2012.

The announcement of Fink-Hooijer’s appointment comes almost four months after the European Commission announced the promotion of Klaus-Meyer Koeken as Director of Translation at the Directorate General for Translation, the EU’s giant in-house translation service.

The DG SCIC’s raison d’être is to provide interpretation services for various institutions within the European Commission, including the European Council, the Council of the Union, the Committee of the Regions, and the European Investment Bank. All in all, DG SCIC fields interpreters to some 11,000 meetings annually.

Stats from the DG SCIC show the bulk of its work going to support the meetings of the Council of the European Union (55%) followed by the European Commission (34%).

Apart from its mission to provide the various EU bodies with interpretation services, the DG SCIC also provides technical support and organizes conferences. Interpretation in the EU now runs up to EUR 117m annually; which, in a defensive move, the EU likes to point out is equivalent to around EUR 0.25 per European citizen per year.