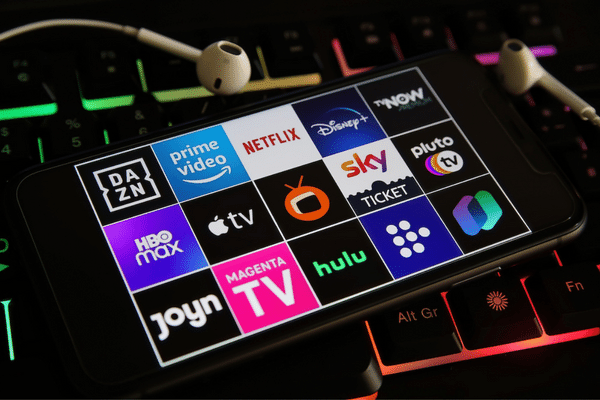 According to Jung, “Iyuno-SDI is an initial shareholder,” but majority ownership has remained with management. He said both Atinum and Korean accelerator, FuturePlay, “will become minor shareholders at the next round because they are SAFE investors” (i.e., a Simple Agreement for Future Equity, which gives the investor the right to buy shares at a future equity round).

“The valuation cap of the SAFE round was USD 35m in absolute terms,” the CEO added. (Here’s more on valuation caps for readers inclined to deep dive.)

XL8 has three offices: HQ in San Jose, California, Commercial Operations in Los Angeles, and Sales and Engineering in Seoul.

Kosdaq-listed VC, Atinum, focuses on growth-stage startups. Its portfolio — which Jung said centers around SaaS, AI, tech, and biotech/healthcare — also includes language data company, Flitto. Rather than having any immediate, day-to-day participation in XL8’s operations, Atinum will help the startup “achieve market penetration in Asia,” through the VC’s presence in the region, which includes a new office in Singapore.

Jung said Atinum’s translation market outlook “aligns well with XL8’s” in terms of the shift in consumer preferences. He explained that consumer demand changed after a world once used to Hollywood content began to realize the “great storytelling in foreign content pieces.”

The global streaming market, including Free Ad-Supported Streaming Television (FAST) and Connected TV (CTV), “enabled Korean and European countries to better exploit the quality films and TV shows they had been making for years,” Jung pointed out.

“As a result, people in the Americas, particularly Latin America, are continuing to consume more global content on an almost exponential level,” he added.

Asked what attracted Atinum to XL8 in light of an extremely competitive M&E service industry, Jung replied, “M&E is […] a very sexy market. Human beings have tried to conquer machine translation for the past 60-plus years. However, it’s only very recently that usable MT products have become commercially available.”

And XL8 claims to be “the only MT company that’s built from the ground up to directly tackle the specific nuances of M&E content,” as Jung described it. Moreover, he said their MT engine trains “solely on 100% professionally hand-curated, post-edited golden data. That’s why its translation quality far outperforms all others in the M&E domain.”

So how do they measure translation accuracy? It all boils down to, as Jung put it, “how many machine-translated sentences can be used without modification, which is the most strict measure.”

The XL8 blog shows “blind test results by clients” from English into four languages of which “74% of sentences translated by XL8 can be used directly in production.”

This applies no matter the industry and the customer. For instance, one edutech customer’s metric could be how many translated sentences convey the meaning of a phrase from the source sentence, Jung explained. While another edutech client would use the standard evaluation approach, measuring fluency and adequacy. Or clients using live translation will prefer getting votes from viewers. “All these are different but helpful metrics that we support,” he said.

Jung told Slator, “Iyuno-SDI’s CEO, David Lee, and I have been close associates for the past 20 years since I developed I-Yuno’s — their name at that time — first proprietary software as a freelance software engineer. That software was a subtitling tool called MediaTrans. That’s how I got into the media space.”

He recalled, “As someone who immigrated from another country where you spoke a different language, the past 10-plus years have been a challenge to learn the language — enough to survive, to study, to make a living, and then finally to lead a company. You could say, overcoming the language barrier organically became my passion in life.”

It was after leading a team of AI researchers and engineers at Google Search for several years that Jung decided to establish XL8 in 2019. “At that point, three things became clear,” Jung said. “First, machine translation for media is something I could do exceedingly well. Second, I firmly understood that MT would change the landscape for media localization. Third, this was the right time to do it!”

How they did it is outlined in the XL8 blog, where Jung elaborates on the company’s Context Awareness model. He told Slator, “The concept of Context Awareness in MT is not new,” but what sets XL8 apart is that 100% of the data it uses to train its MT engine comes from media content: monologues, dialogues, conversations — which is “far and away much better than documents scraped from the Web.”

Jung added, “This makes a huge difference in quality and lessens the burden on XL8. A large portion of the MT efforts made by tech giants — such as zero-shot translation, back-translation, or better learning algorithms for low-resource languages — are like alchemy. [It is like] hoping to turn rubbish data scraped from the Web into gold, while we start from golden data.”

Writing in his startup’s blog, the CEO’s undeniable affection for his Korean roots is apparent — “but business is different,” Jung said. “We initially started with 20 language pairs including English to Korean, but it was never in the top 10 most-used language pairs.”

Rather, translation demand has primarily been from English into Southeast Asian languages (e.g., Indonesian, Thai, Vietnamese, Malay). Jung noted, however, the recent “huge demand” for translating K-pop and Korean webtoons into other languages.

And while they have been expanding their languages on offer according to client demand, Jung wants to do it the right way: gradually. He said it would be easy to add new language pairs if they, for example, used English as a pivot language (i.e., going from Spanish to English, English to Malay, to offer Spanish to Malay). “But pivoting usually results in poor quality because it multiplies the errors from the two inference steps.”

As for where they see the biggest growth in the next couple of years, Jung mentioned Turkish as well as Eastern European (“booming”) and African languages (“strong”). He said, “Our CRO, Josh Pine, was recently in Turkey, where he learned that not only are they exporting a great deal of Turkish content to Latin America, but they are also gearing up to deliver a great deal of Turkish content to Syria and the entire Middle East market.”