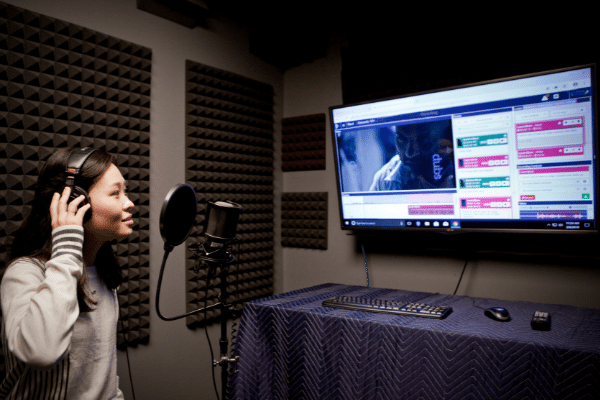 ZOO said it now expects full-year 2022 revenues to be at least USD 70m, up USD 5m from the previous estimate, and an increase of 78% compared to the prior year. The forecast for adjusted EBITDA was also lifted from approximately USD 6m to around USD 8m.

The better-than-expected performance, according to ZOO CEO, Stuart Green, comes on the back of streaming launches in new territories around the world. “It has been an outstanding year for ZOO with growth materially above expectations, with our last quarter being a record period,” he said.

Other factors driving growth, according to Green, included new service offerings and strong demand across all of ZOO’s operating segments, which include localization, media services and software solutions.

As competition among streaming platforms heats up, attention has turned toward localization as an enabler of international growth. Singer Capital Markets, a brokerage firm that covers ZOO Digital, said in a note to investors on ZOO’s update that new subscriber growth will emanate from non-North American territories and “localization will be key to accessing this new market.”

As Netflix focuses on capturing viewers outside the US, platforms such as Disney+ and HBO Max are also expanding into Asia and Europe. Amazon Prime, Netflix’s closest rival in terms of subscriber numbers, is now available to customers in more than 200 countries and territories.

ZOO has invested heavily to support future growth and align its international footprint with major customers, Green said in the latest update. The provider has established a presence in Korea and Turkey, and recently expanded to India.

ZOO’s strategy has positioned the media localization provider favorably in the so-called “streaming wars,” according to Singer. The firm said that ZOO is “establishing itself as a winner” as “major media organizations now engage in ‘land grab’ strategies globally to counter churn in the saturated North American market.”

While describing ZOO’s latest trading update as a “meaty upgrade to FY22 numbers,” investment firm Stifel also noted in an analyst note that ZOO had benefited from at least USD 10m of launch work, which is one-off in nature. Furthermore, the timing of further streaming platform roll-outs is, Stifel stated, “relatively unclear.”

Further analysis came from Progressive Equity Research, which noted that, given ZOO’s positive dynamics, “ZOO’s medium-term target of USD 100m revenue appears to be easily achievable, in our view.”

Shares in ZOO opened strong on the day the trading update was released and are trading 7% higher than the start of the company’s current fiscal year in April 2021. Shares have fallen roughly 10% since the start of January 2022 after doubling in calendar year 2021. The company’s market capitalization currently stands at around USD 133m.