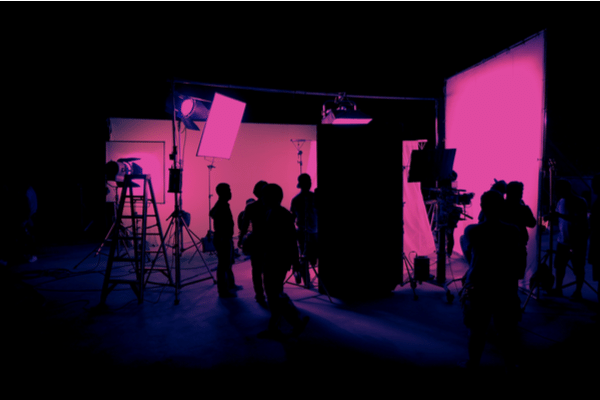 On November 10, 2021, UK-based media localization provider ZOO Digital released financial results for the first half of 2022 (H1 FY22), which corresponds to the six months ended September 30, 2021.

ZOO generated revenues of USD 26.9m, up 64% from the first half of the previous year (H1 FY21). Results were slightly ahead of the guideline figures ZOO provided during its trading update in August 2021, when the company said they expected H1 revenues to exceed USD 25m.

In one of the key operational highlights, ZOO launched ZOO Turkey through the strategic investment in Istanbul-based media localization company ARES Media in November 2021 as part of their global growth initiative.

ZOO also noted that they created a mastering team and landed their first mastering customer in the first half. ZOO’s Chief Financial Officer, Philip Blundell, told Slator that the future revenue stream from the new mastering business line will further diversify ZOO’s revenue mix, and is expected to contribute significantly to ZOO’s medium-term goal of hitting USD 100m in annual revenues.

ZOO bolstered its freelancer network in the first half, increasing its freelance talent pool by more than 18%. With reports of a talent crunch hitting the media localization industry, and into-English dubbing services in particular, ZOO’s Green shared his take on the trends that are driving demand in already hard-to-resource languages and services.

Green told Slator that, on the one hand, streaming services are releasing more series that are produced in languages other than English and are sourcing more content internationally. “It’s not just any content that they’re sourcing [internationally],” he said, but “high quality content with great appeal. Squid Game is a great example of that.”

On the other hand, he said, audiences are becoming more acquainted with non-English original content and English-speaking audiences are growing accustomed to watching subtitled and dubbed series. At the same time, the trend of multi-screen and casual viewing, favored by younger audiences, is leading to greater demand for dubbing in particular.

The impact this is having on the media localization industry is “fascinating,” according to Green, who explained that “the whole infrastructure has really evolved over time with English being central to it in that the vast majority of translators work from English into their mother tongue.”

Now faced with growing volumes of language combinations that don’t involve English, “the resource pool is not mature,” Green observed. For example, there simply may not be a Turkish to Japanese translator on a company’s books, let alone one that is available in the required timeframe. Companies typically resort to pivoting through English in such scenarios.

Remote solutions, such as ZOO’s cloud-based subtitling and dubbing platforms, can enable companies to cast a wider net. With remote solutions, media localizers are less tied to a particular locale when assigning dubbing work, which naturally widens the pool of talent they can access.

But what if there’s no talent to tap into in the first place? There’s of course no quick fix, but Green said ZOO has partnered with an educational provider to create online training programs focused on the skills needed for subtitling and dubbing. The first program is centered on script adaptation for dubbing, he added.

Discussing the company outlook, ZOO said they had good visibility for the second half and a pipeline of work from existing customers as well as a “strong order book across all service lines.”

Longer term, ZOO said they plan to invest in expanding capacity to support growth and an “increase in market share in H2 and into FY23, which is expected to generate increased profitability in future periods.”

Following the release of the half-year results, two brokerage firms that cover ZOO Digital increased their estimates for ZOO’s full-year revenue by 9-10% to around USD 54m. Both firms, Progressive Equity Research and Stifel, place ZOO’s full-year adjusted EBITDA at an estimated USD 5.1m.

ZOO Digital’s share price opened at GBp 130 on November 10, 2021, and climbed marginally during the morning’s trading in the UK. Shares have climbed by around 90% since the start of 2021, and the company’s current market capitalization stands at GBP 114.8m (USD 155m).