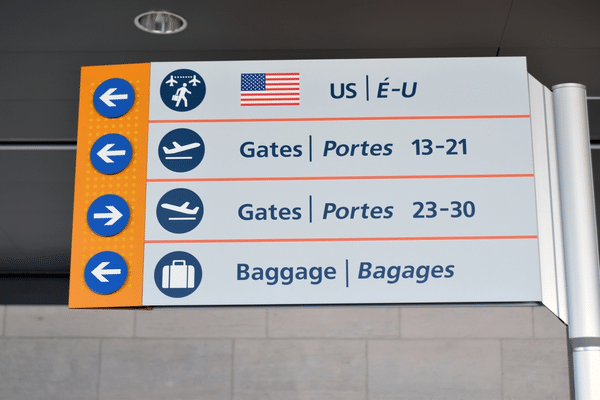 A US House Committee passed a bill on October 26, 2021 that would require the Transportation Security Administration (TSA) to translate signs, websites, and other communication materials at major American airports.

“Much of what TSA communicates to travelers and transportation workers is through signs, announcements, and videos that are all in English,” Titus said in a September 2019 floor speech. “Let’s be clear: You shouldn’t have to worry about missing a plane at an airport in the United States just because you don’t speak English.”

This time around, Titus suggested, translating airport materials may help bolster US tourism, an industry gutted by Covid-19 travel restrictions. The Las Vegas Review – Journal reported that due to the pandemic, Nevada’s McCarran International Airport saw only half of the usual 50 million travelers who typically pass through each year, many of them Las Vegas–bound tourists whose first language is not English.

Passenger numbers have picked up in 2021, and may soon jump once the Biden Administration’s plan to allow more international travelers to fly to the United State takes effect on November 8, 2021.

“As travel numbers increase and airports get busier, I’m encouraged to see my TRANSLATE Act pass through @HomelandDems,” Titus tweeted on October 27, 2021. “This will make airport travel easier for diverse communities like Las Vegas, international visitors, and those with vision or hearing impairments.”

As travel numbers increase and airports get busier, I’m encouraged to see my TRANSLATE Act pass through @HomelandDems. This will make airport travel easier for diverse communities like Las Vegas, international visitors, and those with vision or hearing impairments. https://t.co/YB2W1Jt8w7

Notably, the translation requirement for TSA materials would apply not only to languages spoken by travelers, but also to languages spoken by airport workers in Category X and Category I airports — that is, the nation’s largest and busiest airports, based on the volume of passenger traffic. The TRANSLATE Act is also far-reaching in the many forms of media it requires to be translated: signage, videos, audio messages, websites, press releases, and social media postings.

While the House Homeland Security Committee passed the bill by a unanimous vote, it remains to be seen how the full House of Representatives will receive it.