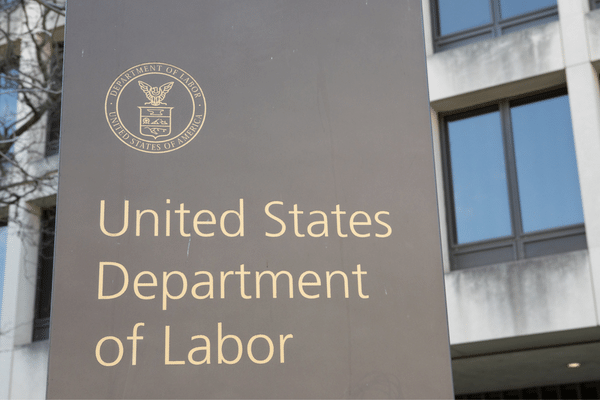 Dozens of translators and interpreters (T&Is) shared their perspectives on working as independent contractors during virtual public forums held by the US Department of Labor in late June 2022.

The T&Is were among hundreds of participants in the two forums, which the Labor Department organized to reconsider how to distinguish employees from independent contractors under the Fair Labor Standards Act (FLSA).

The federal government’s implementing rule on independent contractors took effect on March 8, 2021 — the day before the US House of Representatives passed the PRO Act.

PRO or Protecting the Right to Organize is an act that classifies workers based on the ABC Test, which specifies that independent contractors must perform work outside the hiring entity’s usual business. This stipulation is in direct conflict with how many US language service providers (LSPs) operate.

After passing through the US House of Representatives, however, the PRO Act stalled in the Senate, which may have prompted the Labor Department to reexamine employment rules. The stated goal: giving workers that should be considered employees access to protections offered by the FLSA.

“We recognize the important role legitimate independent contractors play in our economy,” the department wrote in a June 3, 2022 blog post announcing the virtual public forums. “We need to hear from workers and employers as we develop our proposal.”

The Advocacy Committee of the American Translators Association (ATA) encouraged members to participate in the hearing. “If you can’t attend, sign up anyway and be counted,” the ATA suggested.

The first forum, held on June 24, 2022, was for employers, while the second forum — twin virtual meetings, in fact, which took place simultaneously on June 29, 2022 — was for workers.

According to a July 1, 2022 press release from the Fight For Freelancers coalition, the hearing for workers was split into two video calls because so many independent contractors wanted to be heard.

“Only a handful of people asked the department to change the rule, and most of them weren’t even independent contractors,” according to Fight For Freelancers cofounder, Jen Singer. “They were union organizers or union members who wouldn’t be affected by any rule change.”

Lorena Ortiz-Schneider, founder of CoPTIC America, noted that of the 350-plus attendees of the employer’s panel, the 44 participants who spoke up were mostly small business owners.

These included professionals working in several industries that were exempt in the original form of California’s gig worker bill, AB5. (CoPTIC advocated for exemptions for California T&Is, which were eventually granted with AB 2257, an amendment to AB5, in August 2020.)

“Cautionary tales from California were prevalent,” Ortiz-Schneider told Slator, but during the forums, the Labor Department “did not give any indication of any exemptions being contemplated.”

The Association of Language Companies (ALC), which lobbied for flexible worker classification during a March 2021 event, estimated that language industry professionals — including LSP owners and T&Is — represented about three-quarters of the participants who spoke up during the hearings.

“In both hearings, all but a handful of speakers testified that the current worker classification rules under the Fair Labor Standards Act work just fine,” ALC Advocacy Consultant, Bill Rivers, told Slator.

Rivers added, “Being an employee is no guarantee of medical insurance, retirement benefits, sick leave, or vacation time. Those benefits depend very much on the laws of the state where the employee works, on the labor market, and so on.”

Following a July 5, 2022 Bloomberg Law article that referenced multiple employer forums, author Rebecca Rainey clarified in a tweet that the Labor Department held “multiple ‘invite-only’ sessions for employers and labor organizations that weren’t available to the public. I asked [the department] for a recording of those meetings but they said they were not recorded — equally frustrating for me as a reporter.”

Members of the public will reportedly be able to provide written comments once the independent contractor status proposal is published on the Federal Register.