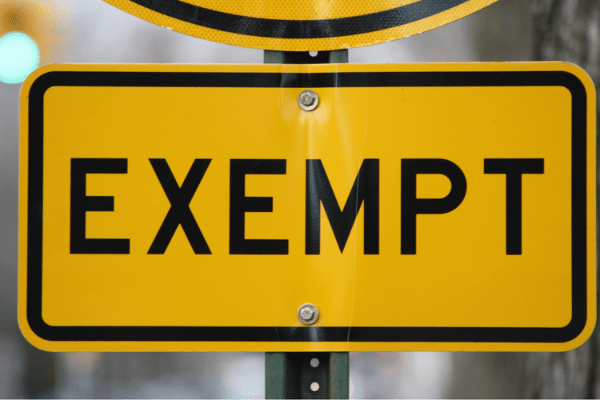 California translators and interpreters (T&Is) have reason to celebrate — at least the vast majority who opposed AB5. On August 20, 2020 the State Senate Appropriations Committee approved and unanimously voted in AB 2257, an amendment to gig worker bill AB5, which went into effect January 1, 2020.

Freelancers started to feel the heat even before then, as some language service providers (LSPs) canceled contracts to avoid potential penalties brought on by engaging T&Is who, under the new bill, would need to be classified as employees rather than independent contractors.

Some professionals explored the option of registering their business so as to continue working, but found that certain LSPs preferred to avoid the complications of working with California-based linguists altogether.

That loss of work to T&Is outside California prompted the Coalition of Practicing Translators and Interpreters of California (CoPTIC) to advocate for an exemption to AB5. CoPTIC’s premise was simple: AB5, authored by Assemblywoman Lorena Gonzalez, was designed to protect gig workers from exploitation; highly educated and specialized T&Is are not gig workers. The bill did not reflect the realities of the US language industry, CoPTIC and its allies argued, and clients compelled to become employers would take their business elsewhere.

California Senate Bill 900 (SB900) initially offered hope for an amended AB5, but its May 14, 2020 hearing was canceled at the last minute, much to CoPTIC’s disappointment. Another assembly bill, AB 1850, provided an exemption for “certified translators” under Professional Services (though interpreters were exempted under “referral agencies”); after the hearing for AB 1850 was also canceled, its content was rolled into AB 2257.

CoPTIC founder and longtime translator and interpreter Lorena Ortiz Schneider explained to Slator that constituents did not see AB 2257 until after the bill made it to the floor of the Senate Labor Committee — at which point they saw that both translators and interpreters had been listed under the referral agencies exemption, rather than under the exemption for professional services. Their next task, Ortiz Schneider said, was “to get the word out to the Senators, and Lorena Gonzalez herself, that we’re not misclassified, and we are professionals.”

They backed up this argument with “a crucial piece of information,” Ortiz Schneider said, by fact-checking Assemblywoman Gonzalez’s May 20, 2020 statement that “4,111 interpreters had been deemed misclassified in the last five years” by California’s Employment Development Department (EDD). That is, 4,111 interpreters had been misclassified as independent contractors when they should have been considered employees.

“Translators, which do written documentation, we didn’t find this misclassification,” Assemblywoman Gonzalez said.

Through a Public Record of Information Act (PRIA), CoPTIC accessed EDD’s records and found that 4,111 workers, working for 72 companies, were subject to an initial audit by EDD — but that number of workers included both interpreters and translators, with no way to distinguish between the two.

Although a final determination is still pending in some cases, of the 72 audits performed, only 6% of workers were incorrectly classified as independent contractors. “Only 269 of the 4,111 translators and interpreters under review ultimately resulted in a finding of misclassification,” EDD wrote in July 2020.

Ortiz Schneider pointed out that since many professionals work as both interpreters and translators, and work for multiple LSPs, the true number may be even smaller. “How many of those 269 are double- or triple-counted?” she pointed out.

CoPTIC published its findings and sent them to the Senators, as well as to Assemblywoman Gonzalez, ahead of the August 20, 2020 hearing and vote.

Overall, CoPTIC considers AB 2257 a success. According to Ortiz Schneider, “Past iterations of the bill required workers to either be employees or businesses. It wiped out the possibility for independent contractor status, and that created a lot of disruption in our industry.”

Modifications to language in the three sections that apply to T&Is specifically — the professional services, business-to-business, and referral agency subdivisions — now allow individuals to work for LSPs as sole proprietors or as business entities formed as an LLC, an LLP, or a corporation.

“The reason for placing us there stems from issues particular to the workers’ compensation interpreting space,” Ortiz Schneider said. (California interpreters have criticized the state’s Division of Workers’ Compensation for practices they say discourage clients from hiring certified interpreters.)

CoPTIC requested a grace period of at least two years to give interpreters time to comply with the new certification requirements; but the request was denied. The bill is slated to take effect immediately after California Governor Gavin Newsom signs it.

Although some California politicians have called for a total repeal of AB5, Ortiz Schneider thinks this unlikely; especially considering that, on a national level, there exists a similar bill, the PRO Act, with the exact same goal in mind. (Support for the PRO Act is part of Democratic presidential candidate Joe Biden’s platform.)

Colleagues in Arizona, New Jersey, and New York have already reached out to CoPTIC for guidance on fighting for exemptions to similar legislation in their states.

“Of the hundreds of occupations that AB5 is affecting, there still are many that didn’t make it into this bill,” Ortiz Schneider said. “Having translators and interpreters in there is great.”