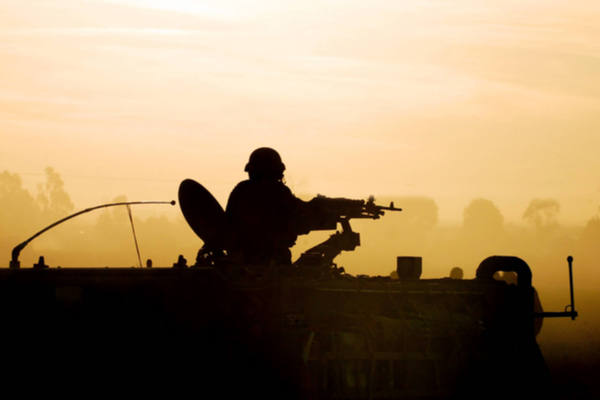 A coalition working to promote the safety of translators and interpreters in conflict zones is getting closer to its goal of getting the United Nations to issue a resolution for the protection of linguists.

On January 31, 2018, the European Parliament committed to support the advocacy both at the European and international level.

Carlos Coelho, a Member of Parliament from Portugal, acknowledged in the concluding statement of the nearly three-hour hearing that translators and interpreters working in conflict zones place their lives at risk, and, in many instances, are kidnapped, tortured and killed as traitors or prosecuted as spies.

“A report from the United Nations High Commissioner for Refugees (UNHCR) estimated that an interpreter is killed every 36 hours. Most of them end up in Europe in terrible conditions,” he said.* “It is an international problem that needs to be tackled first and foremost at the international level. The EU also needs to engage more actively in addressing post-conflict situations. It is a question at our doors, at our borders.”

He added: “We will continue to raise awareness, influence our own member states and surely other European institutions. We need to bring the attention of the world to this issue. It is time that Europe delivers.”

The petition posted by the coalition on Change.org explained that a UN Resolution would be “the first step toward ensuring the protection of linguists under international law, and would mandate member states to prosecute crimes perpetrated against them.”

As of press time, 44,260 have already signed the petition. The coalition is pushing for more signatories to reach its target of at least 50,000 supporters.

“Implementing protective policies is not only a moral imperative but also strategically sound because the safety of translators and interpreters is closely tied to the safety of all of us,” said Maya Hess, Founder of Red T, at the EU hearing.

Translators and Interpreters in Peril

“Abdul Ghafoor Ahmadzai fled Afghanistan in 2010 when the Dutch left. He got to Norway and from Norway on to The Netherlands. He was then sent back to Norway and expelled to Turkey. He has now disappeared,”** Dr. Erik Hertog, who teaches translation and interpreting at the Department of Applied Language Studies of Lessius University College in Antwerp, Belgium, said during the EU Parliament Hearing.

“Frozen Out,” a film by journalist and filmmaker Max Duncan, tells a similar tale of two Afghan interpreters who worked for the US army for seven years — Ahmad and Mati —  who were smuggled through Pakistan, Iran, Turkey,  Bulgaria, and Serbia on their way to Hungary. However, they got stuck at the border to Hungary with thousands of other refugees forced to live in terrible conditions. Both were denied asylum in the US and Paris, respectively.

These were just some of the examples presented at the EU hearing. Hess told Slator that the Geneva Conventions provide for interpretation to be guaranteed to others, but nowhere do they guarantee the safety of the interpreters except as ordinary civilians, who generally are not on the frontline.

“All linguists worldwide should be better protected from the vagaries of national politics” — Linda Fitchett, Former President, AIIC

The coalition believes that with a UN-backed protected-person status, the specific targeting of translators and interpreters cannot be treated with impunity as it is today.

“All linguists worldwide should be better protected from the vagaries of national politics, and coordinated policies are needed to solve not only the present difficulties of interpreters in conflict situations but to ensure the recruitment of others likely to be needed in the future,” Linda Fitchett, Former President of AIIC, stressed during the EU hearing.

AIIC first scored a landmark win in its advocacy when 40 members of the Parliamentary Assembly of the Council of Europe signed a members declaration in 2010 (Written Declaration No 442) calling for the protection of interpreters and conflict zones.

Hess said the founding of the coalition itself in 2010 was a historic first in cooperation among language associations.

“Our first project, which was outlined on a napkin, was a Field Guide for Interpreters and those using their services in conflict zones,” she said. “The objective of the guide was to give pointers to novice interpreters about the ethics and techniques of the profession while encouraging their employers in the field to protect their interpreters on and off the battlefield.

It was published in 2012, translated into multiple languages, and has been quoted as a reference by many institutions or publications, including the British army deployment manual.

Red T has also launched, together with AIIC and FIT, the Open Letter campaign addressed to heads of state and ministers, especially in countries whose governments are opposed to the ideas and values inherent in translated texts from foreign countries and are persecuting the translators.

“Subsequently, other permanent signatories have been added such as national and regional associations, NGOs, academia, non-profits, as well as ad hoc signatories based on the recipient,” Hess said.

Beyond Issues of Safety

Hertog emphasized that in addition to safety issues, other concerns must be addressed as well.

“There is insufficient knowledge when hiring locally employed interpreters (LEIs) about their interpreting skills. After recruitment, there should be training, including an established system of on-the-job mentoring of performance. Besides the financial and other contractual arrangements, they should be contracted under a code of conduct that describes the boundaries across the widely divergent tasks of an interpreter in a conflict zone — ranging from non-combatant situations to (and it will happen) involvement in action,” he said.

He also urged an EU initiative that would require member states to take part in building a  pool of knowledge and expertise in conflict zones and laying down guidelines on contracting and deploying interpreters in conflict zones.

Editors Note: * We’ve been informed that since the publication of this article the fatality rate of interpreters quoted by Carlos Coelho, while accurate during a certain period in the past, is now likely to be lower. **The coalition took up Ahmadzai’s cause in 2014 in an Open Letter to the Dutch authorities and has since learned that he has been given asylum in the Netherlands.